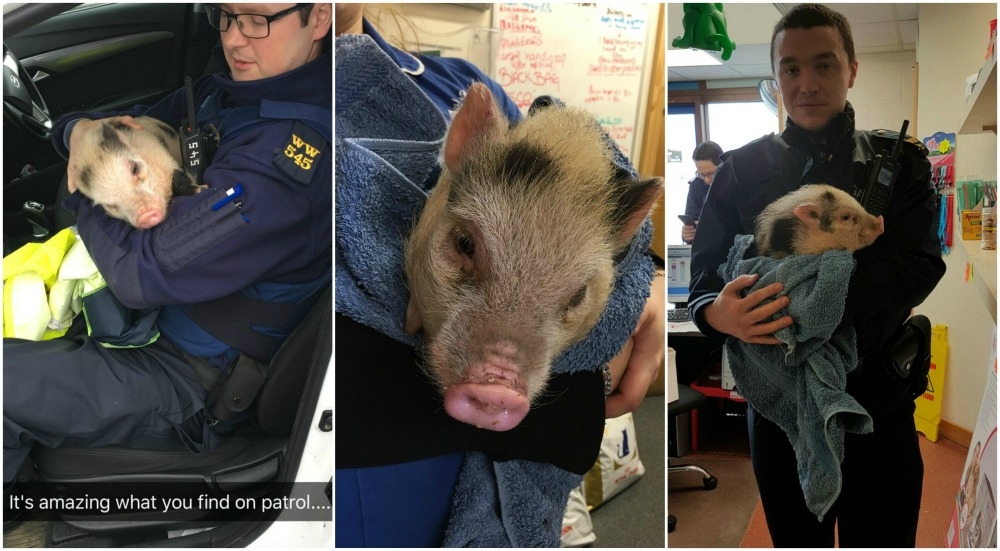 Renowned for their quirky online posts, those who operate the official Garda Siochana Twitter account were at it again on Sunday when they shared news of their latest arrest.

While on patrol in Kilcoole yesterday, officers stumbled upon Ziggy the micro piggy, who some believe was on his way to the market.

The mini porker was taken to the local animal hospital, with gardai pleading for a hammy ending, and captions from the public were not long coming in.

Thankfully Ziggy was reunited with his owner, but not before the Twitter users had had their say.

Ziggy the Piggy (it really is his name) was reunited with his
owner, just a quick check up with the vet and OINK he goes! Thanks to all pic.twitter.com/uUfllCDNeS

@GardaTraffic hamburgler arrested, said to be disgruntled but ready to squeal