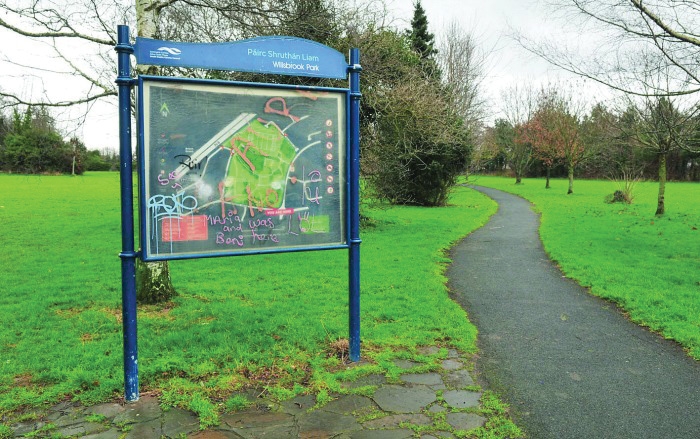 GARDAI IN Lucan are investigating a report of an incident of indecent exposure last Thursday (January 26) in Willsbrook Park.

The incident took place at Willsbrook Park at approximately 8pm last Thursday. The alleged victim said she saw a man commit the lewd act as she walked by the park’s main gate.

A Garda spokesman told The Echo that “are investigating a report of indecent exposure that occurred at 8pm in Willsbrook Park, Lucan, on January 26 last involving a man in his late 20s early 30s.”

The man fled into the darkness of the park when she screamed. The woman took to social media to describe the encounter.

According to reports, the man in question is in his late 20s or 30s. He is described as 5ft 9in or 10in tall and was wearing dark blue jeans and a dark-coloured zip-up jacket.

This isn’t the first report of indecent exposure in Willsbrook Park.

Last year, Lucan Sarsfields GAA Club sent a warning note to parents following an incident where a man exposed himself to two club members in the park.

In 2014, two teenage girls on their way home from school reported that a man had flashed in the same location.

He said: “There have been ongoing reports of this kind of behaviour in the park over the years. All I can say is that it is disgusting behaviour.

“There would have been a good amount of people out walking at that time of the evening. I would ask anybody who has any information about the incident to contact Lucan Garda station.”

He added: “It’s questionable whether it’s the one individual or different people over a space of time. A lot of people are just disgusted at this incident, but they are not surprised due to the previous occurrences.

“There is no doubt that the park’s trees need to be cut back, which I’ve been pushing for quite a while.

“The park is also very underlit, but the council have come up with proposals to install public lighting there as part of a pedestrian improvement plan.”

Anyone who has any information on the offence is asked to contact Lucan Garda Station on 01-6667300.