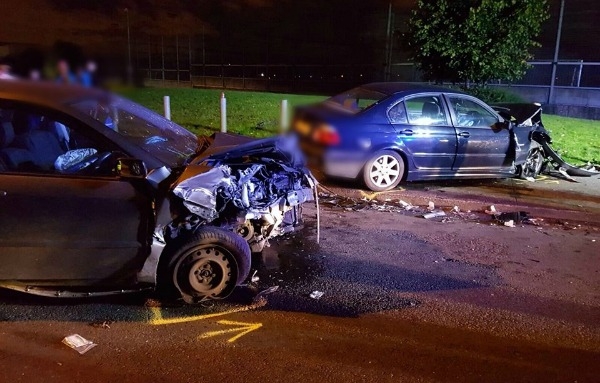 Pictures shared by Dublin Fire Brigade show two mangled vehicles, which collided head-on, and Gardai confirmed to the Echo that the occupant of one of the cars fled the scene on foot.

“Gardaí in Ballyfermot and emergency services attended a road traffic collision which occurred on the Blackditch Road, Ballyfermot on the 11th September 2016 at approximately 8.30pm.

“The occupant of one vehicle fled the scene.

“Two occupants of the second vehicle were taken to St James’ Hospital. Investigations are ongoing.”

A woman was also injured when she was struck by a vehicle in the Ballyfermot area last night, although Gardai would not confirm if the incidents were related.