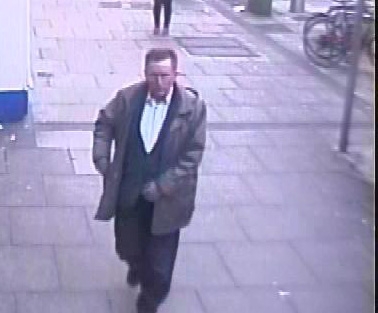 Gardaí are renewing their appeal to the public’s help in tracing the whereabouts of Brendan Burke, 71, who is missing from Rathfarnham since November 15th.

We also know from analysis of phone records that Brendan was in the city centre at approximately 8pm on Wednesday 15th November 2017.

He is described as being 5'11", of medium build, with dark brown hair. Brendan has blue eyes and wears glasses.

Anyone who has seen Brendan or who can assist in locating him is asked to contact Rathfarnham Garda Station on 01-6666500, The Garda Confidential Line 1800 666 111 or any Garda Station.