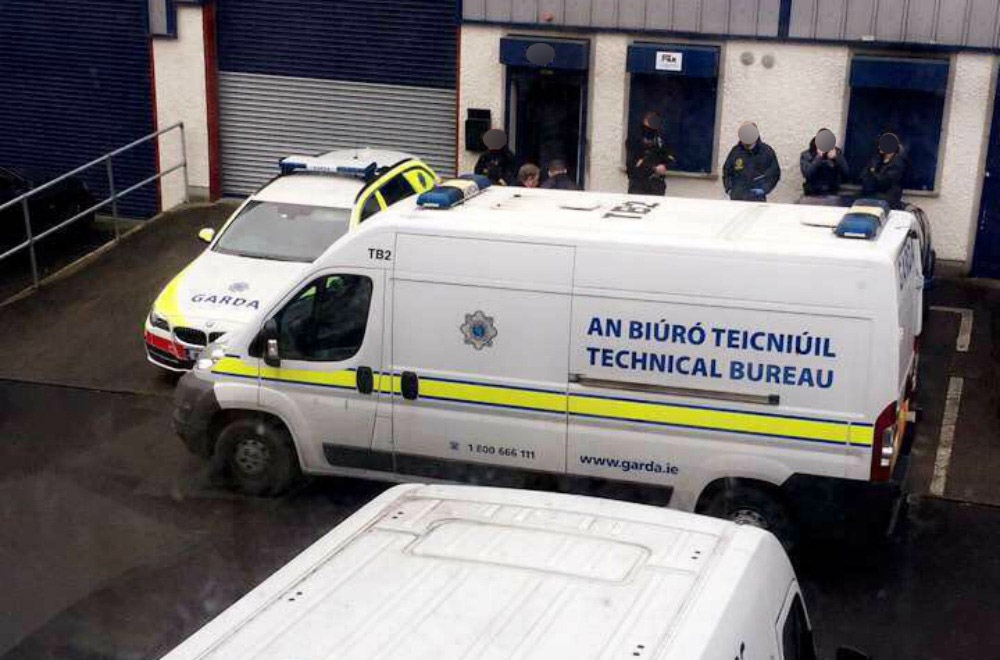 Gardai believe a substantial amount of weapons and ammunition seized in Greenogue Industrial Estate near Rathcoole today were to be used in an “imminent attack”, and that the seizure has without doubt “saved lives”.

Three men aged in their 40s and 50s have been arrested in connection with the discovery.

Speaking at Dublin Castle this afternoon Detective Superintendent Tony Howard said several of the weapons were loaded and ready for use.

He said: “A number of the firearms were actually loaded and it would appear were ready to be taken away.”

He continued: “Today’s operation disrupted an imminent attack and I have no doubt we have saved lives as a result of this operation.”

The seizure at the industrial unit in Greenogue comprised of one assault rifle, one sub-machine gun, several handguns and several semi-automatic pistols, while a large amount of ammunition was also recovered.

Gardai said one line of inquiry is that the guns could be linked to the ongoing gang feud in Dublin, while they were also not ruling out a connection to the seizure of almost €40 million worth of cannabis last week.