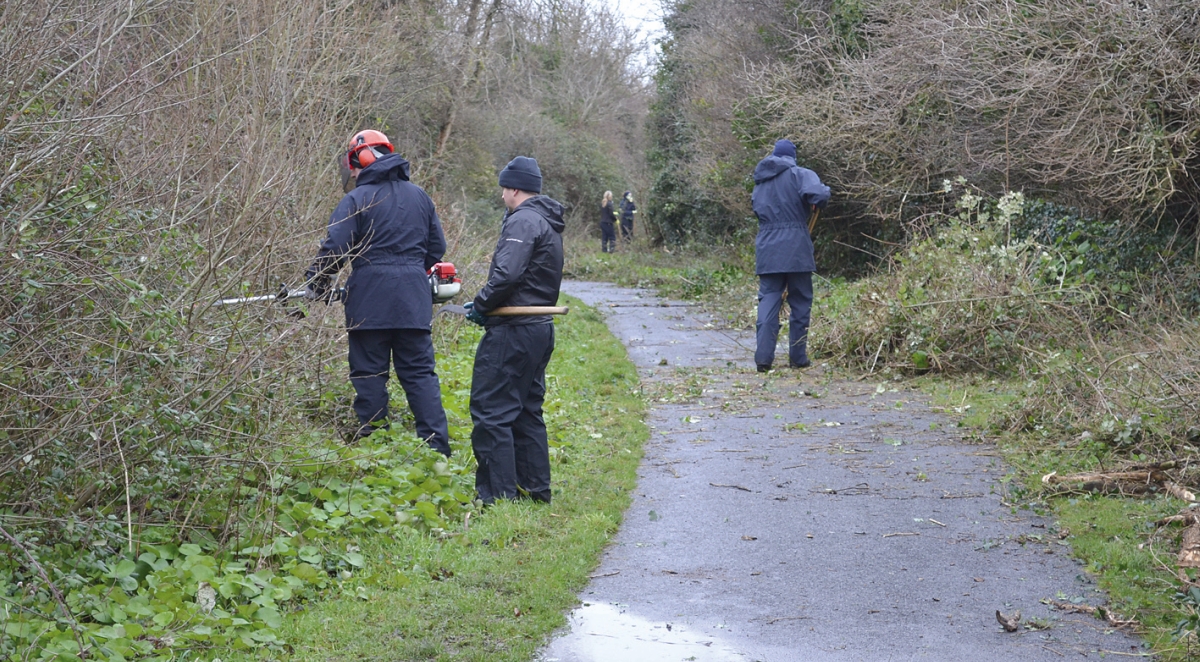 Gardai from Rathfarnham conducted a search of the River Dodder in Firhouse on Tuesday morning.

Gardai were seen clearing hedges from the path in Riverbank Park, which runs parallel to the River Dodder.

A truck from the Garda water unit, was seen parked off the Firhouse Road, opposite the Firhouse Shopping Centre.

An inflatable boat belonging to the water unit, which operates out of Santry and Athlone, County Westmeath, was attached to a Garda jeep.

It is unclear whether the search was related to Monday night’s attempted robbery in the Speaker Connolly Pub, which sits on the opposite side of the Firhouse Road.

A garda spokesperson declined to give a reason for this morning’s search, saying: “Gardaí at Rathfarnham are conducting a search at Riverbank Park, Firhouse, Dublin 24.

“For operational reasons, there is no information at this stage.”

NEWER POST€14,350 allegedly found in man’s home along with cocaine, cannabis and ecstasy
OLDER POSTIssues raised over upkeep and maintenance of Tallaght Village