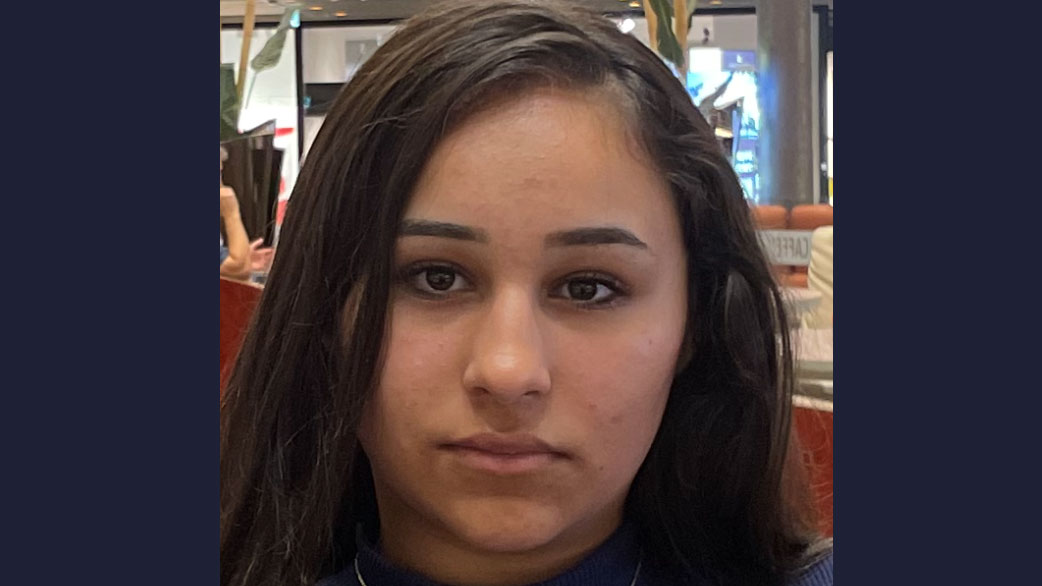 Sonia Ferar is missing from her home in Clondalkin, since Thursday, September 29, 2022 (Photo: An Garda Siochana)

UPDATE: Gardai have confirmed Sonia Ferar (14) has been located safe and well.

GARDAI are seeking the public’s assistance in tracing the whereabouts of 14 year old Sonia Ferar who is missing from her home in Clondalkin, Dublin 22 since the afternoon of Thursday, September 29, 2022.

In a statement released by gardai this afternoon Sonia is described as being approximately 5’ 2” in height, of slim build, with shoulder length black hair and brown eyes.

When last seen she was wearing blue denim jeans, a wine and white cropped American football style jacket and white and black runners.

Gardai and Sonia’s family are concerned for her welfare. Sonia is known to frequent the O’Connell Street area of Dublin city centre.

Anyone with information on Sonia’s whereabouts are asked to contact Clondalkin Garda Station on 01 666 7600, the Garda Confidential Line on 1800 666 111, or any Garda Station.