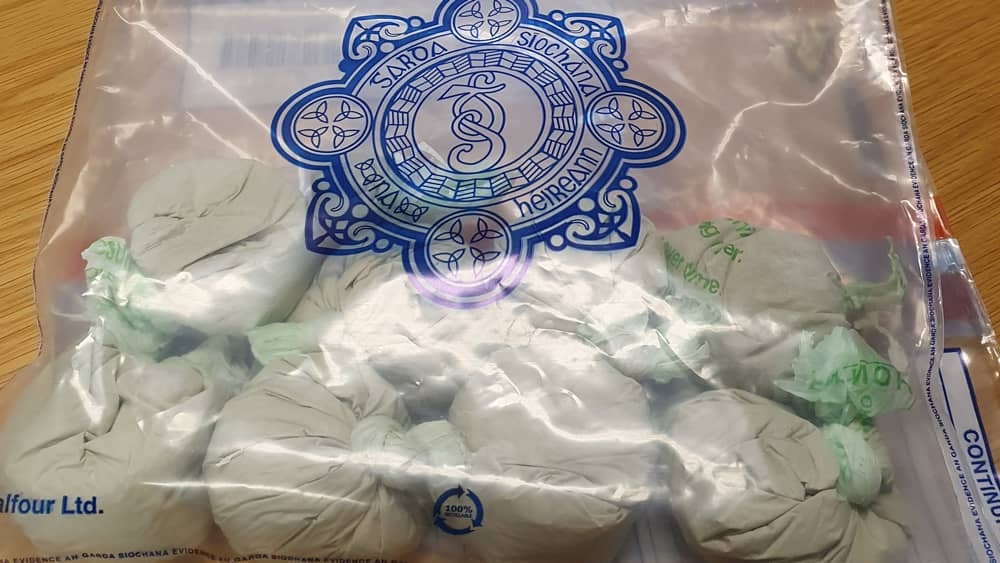 Gardai seize €22,000 worth of drugs and arrest woman following stop and search operation

GARDAI seized approximately €22,000 worth of drugs and arrested a woman during a stop and search operation in Clondalkin at lunch time on Tuesday.

While conducting patrols on the Naas Road, The Garda District Tasking Unit stopped a woman in her 40s and found a large quantity of heroin during the search and a small quantity of cocaine.

Drugs seized by Gardai at lunch time on Tuesday on the Naas Road in Clondalkin  (Image: An Garda Siochana)

A garda statement released to The Echo said: “Gardaí have seized approximately €22,000 worth of suspected heroin and arrested one woman during a stop and search operation on the Naas Road in Clondalkin, Dublin 22 this afternoon, Tuesday 13th April 2021 at approximately 1pm.

“The District Tasking Unit were conducing patrols in the area when they stopped and searched a woman, aged in her 40s.

“A large quantity of heroin was seized during the course of the search, as well as a small quantity of cocaine.

“The woman was arrested and taken to Clondalkin Garda Station where she was detained under Section 2 of the Criminal Justice (Drug Trafficking) Act, 1996”.

The woman was later released without charge and a file will now be prepared for the Director of Public Prosecutions.