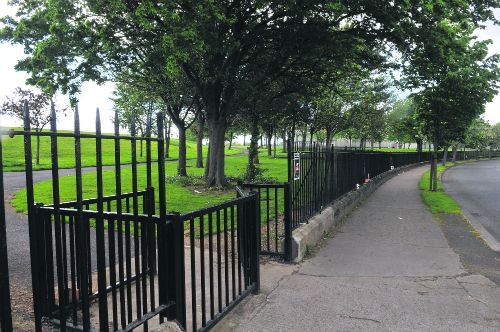 Gardaí stand accused by residents of ‘copping out’…

GARDAÍ were accused of “copping out” of tackling anti-social behaviour at Le Fanu Park by irate residents at the recent Policing Meeting in Ballyfermot.

Le Fanu Road residents have grown tired of seeing groups of people drinking and “using the place as a toilet” at a location in the park every day, visible from their homes.

Another heated discussion about anti-social behaviour in Le Fanu Park at the Policing Meeting saw residents blast gardaí for a lack of convictions.

Senior gardaí stated they conduct regular patrols in the park but can only search people “if there is a suspected offence.”

Superintendent Brendan Connolly, from Clondalkin Garda Station strongly refuted “accusations of copping out.”
Supt Connolly said: “There have been no drug detections. I don’t convict – that is for the courts to decide. We don’t have the power to prevent people going into parks.

“There are park police in St Stephen’s Green and Phoenix Park, but these are covered by specific bye-laws. We can only search (someone) if there is a suspected offence.”

Two people were arrested last summer for the sale and supply of drugs in Le Fanu Park, whilst a number of smaller drug seizures were also reported, as gardaí cracked down on individuals openly using and supplying drugs in the park.