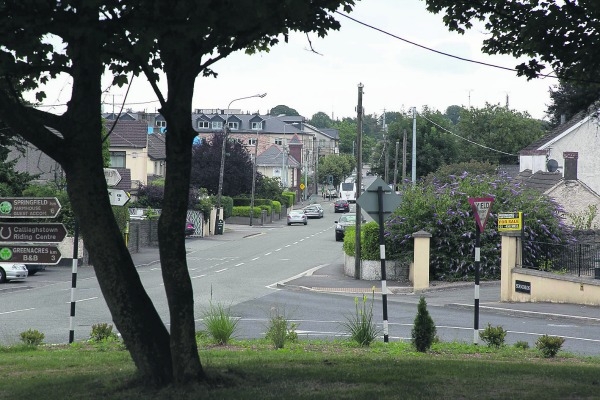 GARDAI have been unable to deny or confirm reports of a serious child sex offender living in Rathcoole Village.

This week, two primary schools in Rathcoole, the Holy Family National School and Scoil Chrónáin, both issued a warning to parents concerning allegations that a “serious sex offender” has moved into the village.

Since the warnings were issued, the community of Rathcoole has been on high alert, with a number of parents expressing their concerns both online and through national media.

The letter (below) issued by Scoil Chrónáin read: “It has just been brought to my attention that a serious sex offender has moved into Rathcoole village.

“I do not know for certain that this is true and I do not want to cause alarm.

“However, I feel it is important to inform you, to ensure your children’s safety.

“Be vigilant at all times and make proper arrangements for your child’s supervision and safety.”

Rathcoole Boys Football Club also warned parents of the arrival of an alleged child sex offender in the community, and advised parents to be “100 per cent satisfied” with their child’s supervision arrangements both inside and outside the home.

When contacted by The Echo, a Garda spokesman said: “For legal and operational reasons, An Garda Síochána cannot discuss details concerning names, addresses and convictions any individual.

“An Garda Síochána’s clear focus at all times is on the safety of all individuals in the community.

“We work in close partnership with the Probation Service in respect of those offenders who are under their supervision.

“On a daily basis An Garda Síochána is working together with all other agencies with a role in this area to manage convicted sex offenders who are now living in the community.”