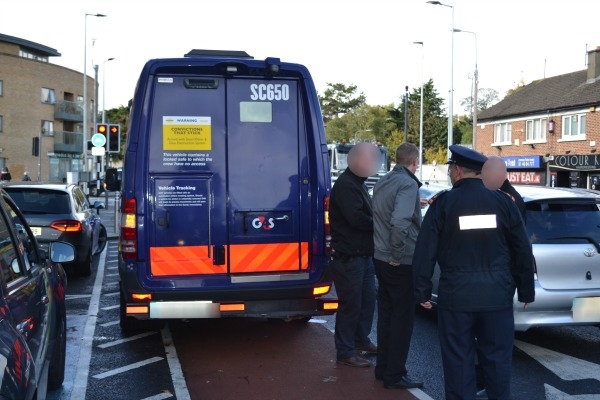 Gardai: “We haven’t had any reports yet of purple fivers being flogged around the Tallaght area”

INVESTIGATIONS are still ongoing into an early afternoon raid on a cash-in-transit van in Tallaght village last Monday, which saw a security guard pepper-sprayed and a cash-box stolen.

As reported on Echo.ie at the time of the raid, one box, with a reported €50,000 inside, was stolen from a cash-in-transit van that was parked outside Bank of Ireland, Tallaght village, on Monday, October 17, at around 11.50am.

Gardaí believe that at least one hooded man approached the van, attacked a security man with pepper spray and grabbed the cashbox he was holding, before getting into a silver Peugeot 206 or 306.

The car then fled the scene, leaving Tallaght village in the direction of Lidl.

A senior Garda source told The Echo: “We are looking for at least two people and, as of yet, no arrests have been made.

“There is a good bit of CCTV in that area between commercial CCTV and our own, all of which is currently being examined.

“We also received great assistance from members of the public who have provided us with statements.

“Nobody ever sees it all, but all of the little bits of information can add up to good picture of what happened, so thank you to everyone who spoke with us.”

When asked about any safety precautions on the box, the Garda source said: “Boxes are dye-protected or glue-protected, so once they are tampered with the glue or dye goes off . . . rendering the cash unusable.

“We haven’t had any reports yet of purple fivers being flogged around the Tallaght area.”

Anybody with information on the raid is encouraged to contact Tallaght Garda Station on 6666000.