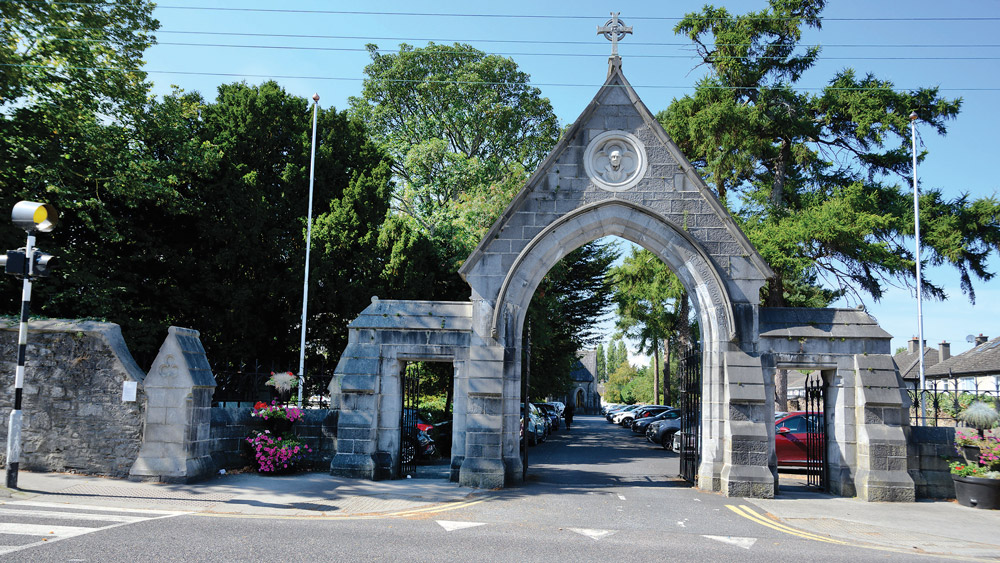 The Presentation Convent in Clondalkin Village

PLANS for part of the existing Presentation Convent building in Clondalkin to be a geriatric day care centre contravene the zoning of the site, and “sufficient information” on a number of aspects of the plans were not provided.

This is according to South Dublin County Council, which this month refused planning permission for developer Bartra’s proposal.

As reported in The Echo last September, Bartra sought permission for the change of use of part of the existing convent building from staff accommodation into a day centre.

The staff accommodation is ancillary to the adjacent nursing home/retirement home and was granted permission in a prior planning application.

Bartra’s plans for the change of use included internal alterations and improvements to the interior of the convent at ground, first and second floors.

External alterations to accommodate two stair cores, one to include a lift, within the courtyard space and alterations to two existing windows to form escape doors and blocking up a second-floor window were included.

The proposal received four third-party submissions, two of which were from locals, and two which were representations made by local councillors.

The key points raised in the submissions included the view that a geriatric day centre should form part of the primary care centre that’s already under construction, instead of adjoining the convent.

A lack of car parking and existing parking issues were noted in the submissions, as well as the architectural conservation of the site and the fact that it’s zoned for open space use.

On October 13, South Dublin County Council decided to refuse permission for the development on a number of grounds.

These grounds include the fact that the proposal contravenes the open space zoning of the site, and the council’s view that sufficient information on the plans’ impact wasn’t provided.

“It is not considered that the applicant has provided sufficient information in relation to the protection of the integrity of the existing convent building, or the traffic and transport impact of the development on the local area,” it stated.

This is the latest update in the plans for the convent site, which in 2018 saw over 40 third-party submissions submitted, with most of them being objections against nursing home plans for the site.

In late 2019, Bartra’s plans for a 155-bed nursing home, and a retirement home for the Presentation nuns on land at the convent grounds, were approved by An Bord Pleanála.