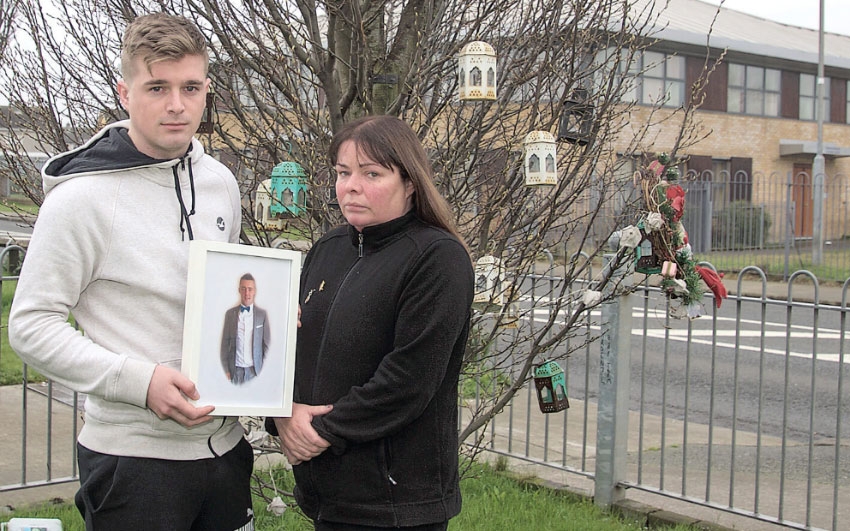 ‘Getting justice for Stephen is very important to us’

THE mother of murdered Tallaght dad Stephen Lynch has expressed her devastation after the Director of Public Prosecutions ruled that there would be no prosecutions in the case.

On April 13 2017, Stephen Lynch (31) lost his life after he was deliberately run over by a car on Brookview Close at around 7pm.

It is believed that the young father, who gardai have confirmed was not involved in criminality, was walking in the area when he became involved in a verbal dispute with four men travelling in a silver Ford Focus.

Since Stephen’s death, the community of Tallaght has stood behind his family, sharing their grief, despair and anger over the tragic loss of the father-of-three, who, a massive Shamrock Rovers fan, is remembered by friends and family as a genuine, funny and caring lad.

Speaking with The Echo, Stephen’s mam Vera said that the DPP’s recent verdict not to pursue a prosecution was like “reliving” what happened to Stephen all over again.

“We’re devastated [over the DPP’s decision], it was not the outcome we expected”, Vera told The Echo.

“We had hope but that is now gone.

“Getting justice for Stephen is very important to us and we’re calling for anybody who has information to come forward, no matter how insignificant they think it is.

“We’re living with this every day, every day is tough, it’s a nightmare, and we just hope somebody will come forward.”

The family have requested that the DPP, which received a file from Tallaght Garda Station in late 2017, review its decision.

At a recent Joint Policing Committee (JPC) meeting, Sinn Fein councillor Cathal King spoke about the DPP not pursuing cases, despite gardai at Tallaght putting in a “huge amount of work, hours and effort”.

“It was shocking to me, the family and the community that the DPP was not pursuing this”, Cllr King said.

“The DPP has a lot to answer for and out of respect to the family, and the amount of evidence, they should have brought the case to court in the first instance.”

Noting how much support the Lynch family received in the wake of Stephen’s tragic passing, Cllr King added: “Many now believe that people will start to lose faith in the justice system, which would have a devastating effect in the area.”

“We can never force anybody to give evidence, but are constantly looking for help and asking people to come forward.”

NEWER POSTFormer Gallaher’s site on the market at €4.5m
OLDER POSTDenis and Johnny dance their way to next show