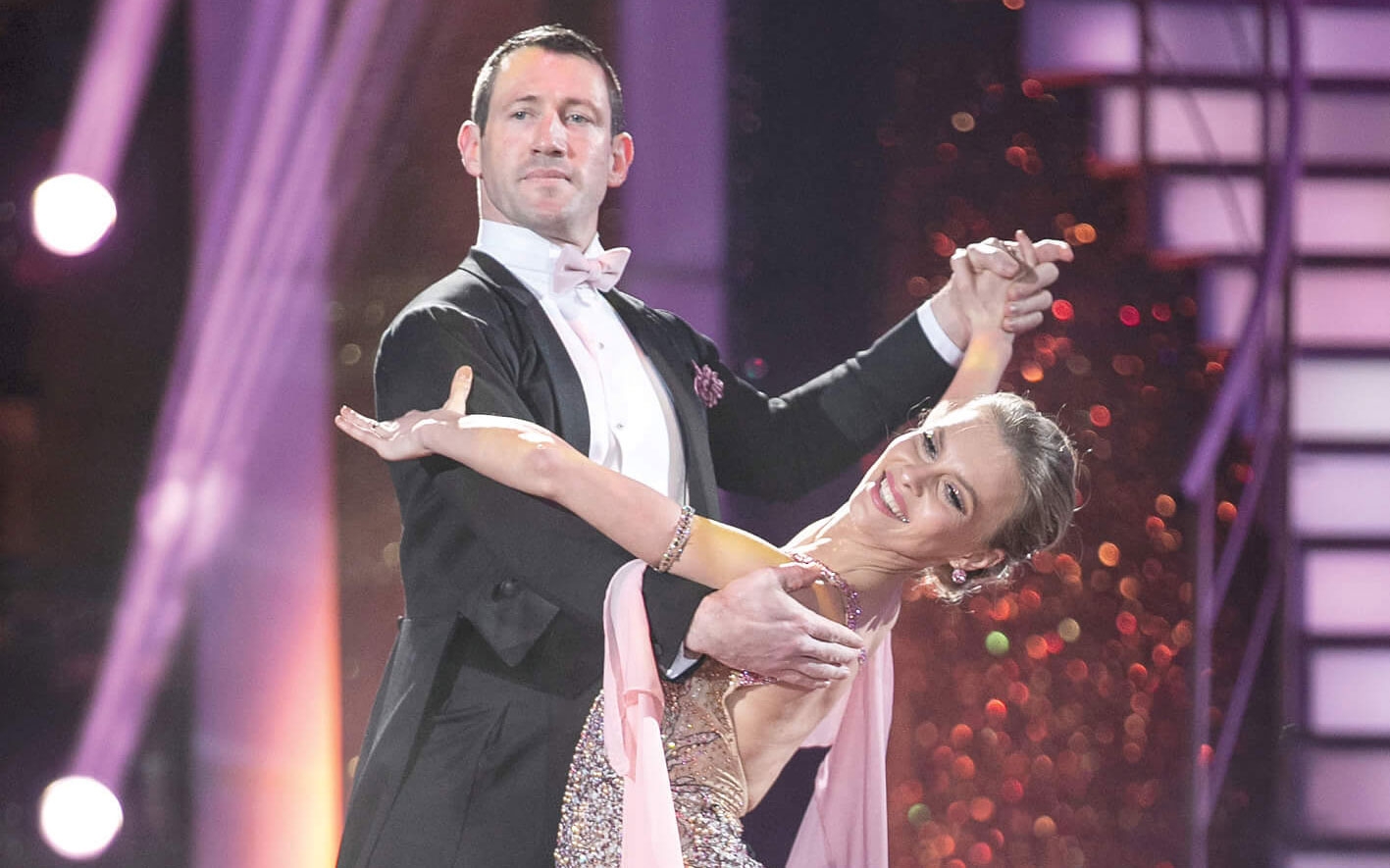 Denis and Johnny dance their way to next show

SUNDAY evening’s episode of RTE’s Dancing with the Stars was a nail-biting start to the dreaded dance-offs, which sees the celebrities battle it out to keep their place on the show, but local lads Denis Bastick and Johnny Ward successfully danced their way through to this week’s show.

All-Ireland football champion and Glenview native Denis Bastick performed a waltz to Curtis Stigers’ ‘I Wonder Why’ alongside his professional dancer partner Valeria Milova, garnering mixed praise from the judges.

Judge Brian Redmond said: “Technically very difficult, [but] where it’s still weak is the frame and the arms. For me, the top line just took away from the performance that was very good technically.”

The retired GAA star received a score of 20 from the judges.

‘Love/Hate’ and ‘Fair City’ actor Johnny Ward, who’s from Greenhills, took to the stage alongside his professional dance partner Emily Barker to perform a rumba dance to ‘Say You Won’t Let Go’ by James Arthur.

Commenting on Johnny’s performance, judge Loraine Barry said: “It was really very, very good. I love the relationship tonight, you danced the rumba technically very good. I think tonight three people are happy: you, Emily and me.”

Judge Brian Redmond was similarly impressed by the performance, remarking: “For me, rumba is all about the leg action.

“Three years now I’ve been looking at rumba, and I’ve never seen a male celebrity give me a leg action. Absolutely phenomenal.

“All you need to do is focus on the technique – don’t worry about acting it.”

The actor secured a score of 27 from the judges.

‘The Young Offenders’ star Demi Isaac Oviawe became the fourth celebrity to be eliminated from the show, after the judges unanimously decided to keep comedian Fred Cooke in the competition instead.

On this Sunday’s live show, each of the performances will be accompanied by the RTE Concert Orchestra and the tense dance offs will continue as another celebrity will face elimination.

The next episode in the series will air this Sunday, February 24, at 6.30pm on RTÉ One.