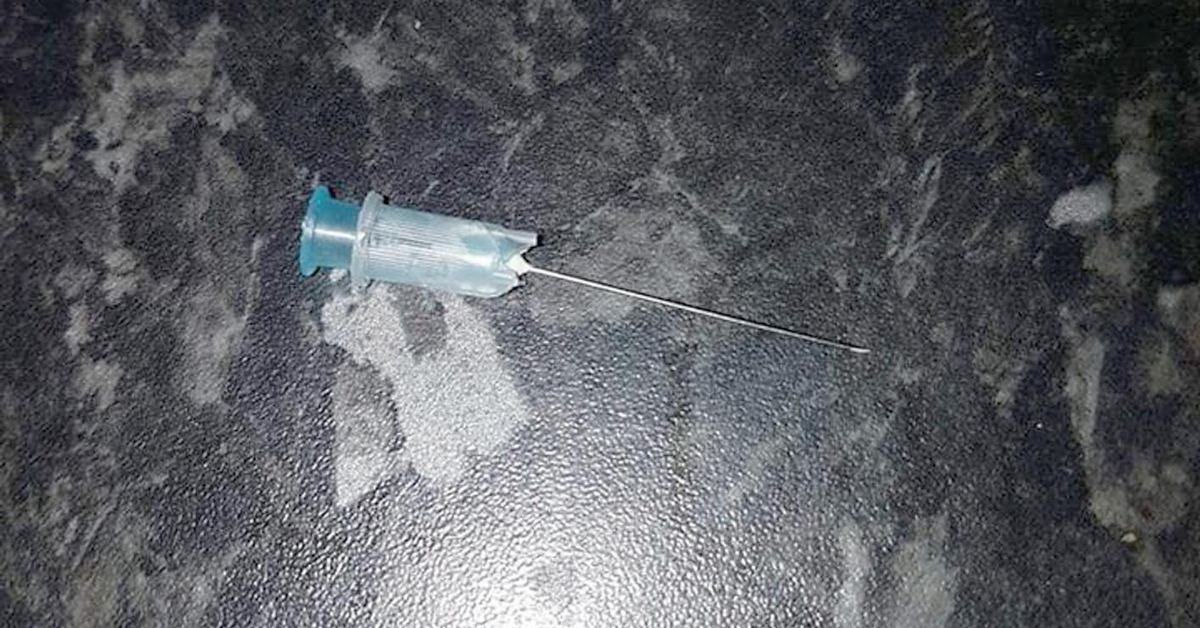 PARENTS have been encouraged to talk with their children about the dangers posed by discarded items in public spaces, after a young boy found a syringe on a bench in Dodder Valley Park.

The young boy’s uncle took to Facebook, and contacted The Echo, to warn parents living in the local community, and those who use the park, of the discarded needle – which his nephew found in the Tallaght park last week.

According to the Facebook post, the young boy, who was in the park with his uncle and two cousins, picked up the needle and put it in his pocket.

It was found later by his mother.

The six-year-old boy has since had a number of blood tests, with the family now awaiting the results.

Tallaght Central councillor Charlie O’ Connor (Fianna Fail) said that it is “critical” that needles and any other drug paraphernalia are safely and properly disposed of.

He also urged the public to report any littered sharps to the council, especially those found in public places.

“This is a young boy, innocently out and about in a local park with family and who cannot be expected to know the dangers of picking up a needle.”

He added: “I urge anyone who might discover a used syringe or any other drug related items to report it immediately to South Dublin County Council.

“Under no circumstances should anyone remove the needle themselves.

“It’s far from ideal that the public has to be warned to be vigilant but this is just another troubling aspect of the drugs crisis that has infiltrated city communities like ours.”

Report dangerous littering to the council

The Echo contacted South Dublin County Council for comment, with Mary Maguire, of the council’s environment department, stressing that members of the general public are “advised not to make any direct contact with this paraphernalia”.

According to Ms Maguire :”If syringes or drug paraphernalia are discovered on public grounds by our Litter Warden Service during patrol or bag searches contact is immediately made with Public Realm operations to arrange for removal.

“The Litter Warden remains on site until Public Realm attends to remove the material.”

Ms Maguire added that staff in Public Realm are trained in needle stick awareness and this is covered under the council’s Risk Assessments, which includes contact with needle sticks, needle stick injuries and disposing of needle sticks.

“However, in the interest of public safety the council will examine reports of paraphernalia / discarded syringes etc. on private property on a case by case basis.”

If any member of the public comes into contact with waste where syringes or drug paraphernalia are present they should immediately contact the council.