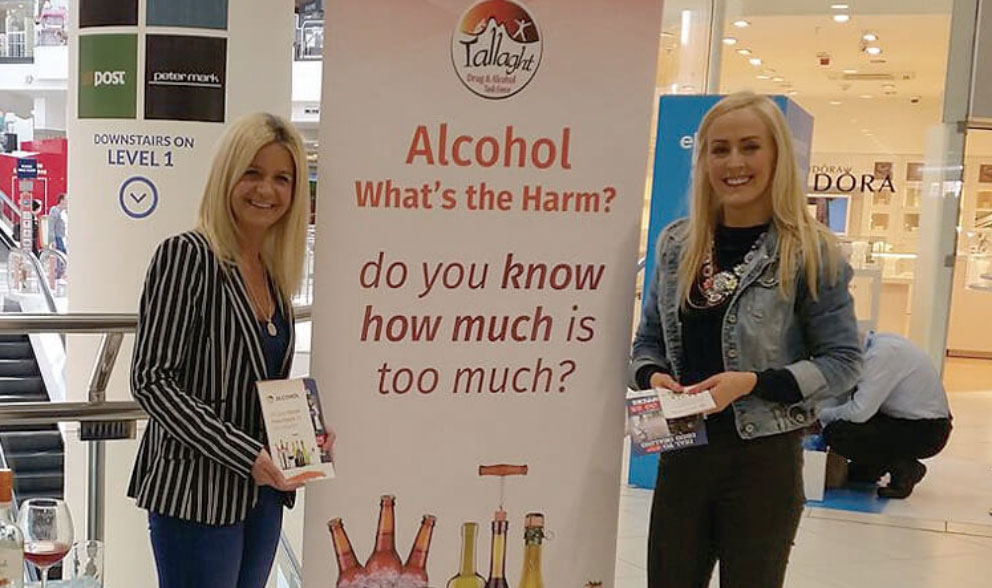 Project will highlight the issue of problematic alcohol misuse

THE Tallaght Drug and Alcohol Taskforce is launching the evaluation of its Community Action on Alcohol Project this week – with all members of the public invited to attend.

In 2017, the task force commissioned Trinity College to carry out a scoping exercise to inform the continuation of its Community Action on Alcohol Project (CAAP).

Some of the findings of the research included mental health being 100 per cent reported as a challenge in the Tallaght community, with 88 per cent of respondents requesting a public campaign about the link of alcohol misuse with cancer.

The task force has since delivered a number of workshops across the community with the goal of highlighting the issue of problematic alcohol misuse from a personal, health, social and community perspective.

Following on from this community-focused work, the task force decided in 2018 to evaluate the programme, and this information will be shared with various stakeholders, including members of the public, this Tuesday, February 26 in Tallaght Library.

Back in 2014, the task force agreed to include alcohol in its remit, and have been delivering CAAP since 2016.

According to Fiona Murphy, Alcohol Development Worker with TDATF: “The task force know that very often drug and alcohol misuse go hand in hand so it made sense that we formally recognise that.

“We know that alcohol is a societal, cultural and complex issue that is engrained in Irish culture and part of ‘everyday’ lives of our communities.

“We know our work in respect of this is an enormous issue and we are limited in what we can do.”

Funding has been “limited” also, with CAAP being delivered with the support of the task force, Healthy Ireland, South Dublin County Council and more recently, the Local Community Development Committees (LCDC).

“We are disappointed however, that the same commitment has not been honoured by the Minister – which was promised in July 2017 when launching the National Drug and Alcohol Strategy”, Ms Murphy said.

“However, while challenging this has not stopped us and we are passionate that this work is required and continue to honour the promise we made to include alcohol as a priority in 2014.”

She added: “We believe over time, that a consistent increase in accurate information and awareness of alcohol harms, delivered across a number of different forums can only help to inform, resulting in people making more informed health choices when it comes to their alcohol intake.”

The evaluation launch of the Community Action on Alcohol Programme is being held in Tallaght Library on Tuesday, February 26, from 11am to 12 noon.

All members of the community interested in attending the launch are asked to RSVP at Fiona.murphy@sdcpartnership.ie.

A workshop on Alcohol, Cancer and your Health is also being held in Tallaght Library on March 22 from 10am to 12pm. Email Fiona.murphy@sdpartnership,ie to book a place.