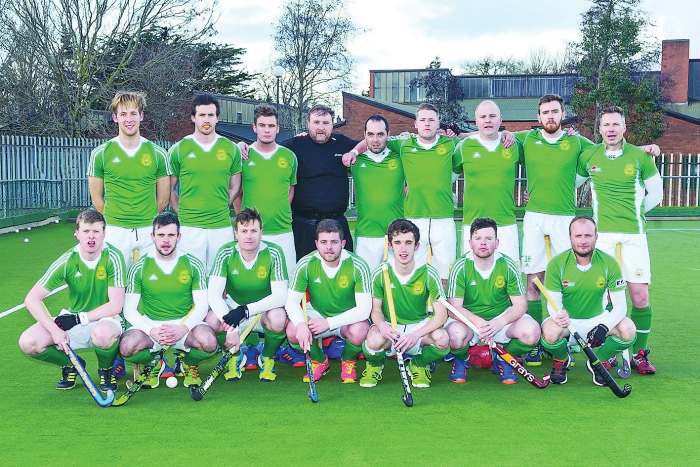 GLENANNE progressed to the semi-finals of the Irish Junior Cup for the second year running as they squeezed past County Down side Banbridge.

4-3 on penalties after a scoreless draw in Glenanne Park.

And it was another case of déjà vu when the draw was made on Monday as the Tallaght side will take on Cork Church of Ireland at home in the last four – the same team that beat them last year on their way to winning the title.

In a more open encounter than the scoreline suggests, Glens probably had the better of the chances – including two goals disallowed by early whistles – so they will be relieved to make it through to the penultimate stages.

But it was Banbridge who opened the game in the ascendancy as the homeside’s pressing was too passive and they struggled to keep the ball when they did get their hands on it.

Indeed only for a last-ditch tackle from Graham Shaw and some lucky bounces in the circle did the game remain scoreless.
As the first half progressed Glenanne’s confidence grew and their passing became more precise.

They should have taken the lead when Adam Clayton got in along the right-hand side, but the chance went amiss before Joe Brennan had a dragflick and subsequent rebound well-blocked.

Bann had their moments down the other end with a corner switch well snuffed out by Clinton Murphy but it remained 0-0 at half-time.

The second-half was when the game really opened up with the young Banbridge side utilising the extra space afforded to them to create several chances but Ian Clarke was in fine form in the Glenanne goal, making one particularly outstanding save with his stick.

Meanwhile, at the other end Stuart Ronan was wreaking havoc with his 3D skills and he won a couple of short corners that looked set to provide the opening.

First Ronan himself and then Shaw converted rebounds from the set pieces, but no advantage was played and the goals did not stand.

There were further chances for the hosts to find the elusive winner, Daryl Carey and Clive Kennedy both missing with deflections while Ronan went close again.

The game reached the final stages with both sides fearful of conceding on the break. The visitors had a couple more short corners, but could not find a way past Clarke and the Glens corner defence team while Kennedy missed another half chance in the dying seconds.

With new regulations stipulating no extra-time, the game went straight to penalties and Glens were dealt an early blow when Shaw missed their opening stroke, leaving Banbridge one ahead after the first round.

Clarked stepped up to save the next ‘Bann’ stroke and conversions from Brennan, David O’Malley, Ronan and Kennedy along with a second miss from Banbridge meant the Tallaght side progressed to a semi-final against the Cork side on February 26.