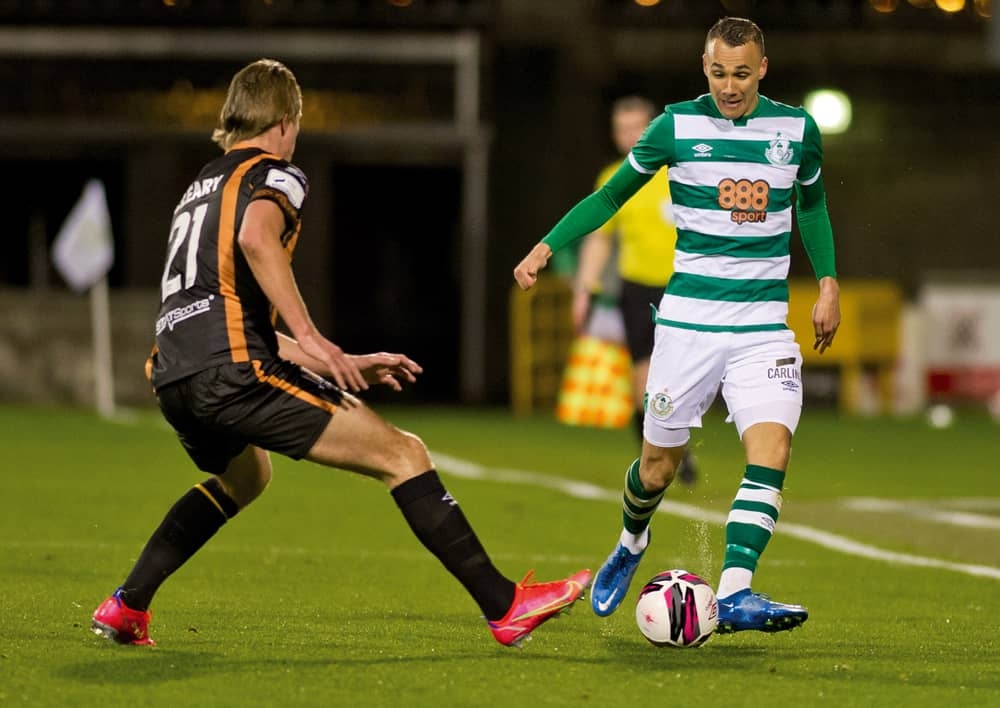 Goals in either half by Danny Mandroiu and Dylan Watts had the Hoops in the driving seat, until Patrick Hoban fired back for the visitors in the closing minutes. Nevertheless, Stephen Bradley’s men held out to record their first win of the new top-flight season.

This was the second meeting between the two sides in 2021, following their previous clash in the FAI President’s Cup at the same venue. On that occasion, Rovers lost out on penalties after a Sonni Nattestad opener for Dundalk was cancelled out by a wonder finish from Liam Scales.

Setting up in their customary 3-4-2-1 formation, Rovers enjoyed the majority of possession in the opening quarter. Chris McCann’s long-distance strike was tipped over by Alessio Abibi and the Lilywhites netminder also denied Aaron Greene from Kilnamanagh as the action progressed.

Lee Grace also headed marginally off-target from a Graham Burke free-kick, before the deadlock was eventually broken in the 35th-minute. Mandroiu tried his luck from 25 yards and fired emphatically beyond the reach of Abibi for his first goal as a Hoops player.

An earlier injury to Knocklyon’s Brian Gartland meant five minutes of stoppage-time was played at the end of the first half, but Mandroiu’s goal was the difference between the teams at the break.

There was goalmouth action at either end after the restart and there was always a sense that Rovers needed a second in order to give themselves some breathing space. This finally arrived with 14 minutes remaining as Watts’ superb individual effort proved too strong for Abibi.