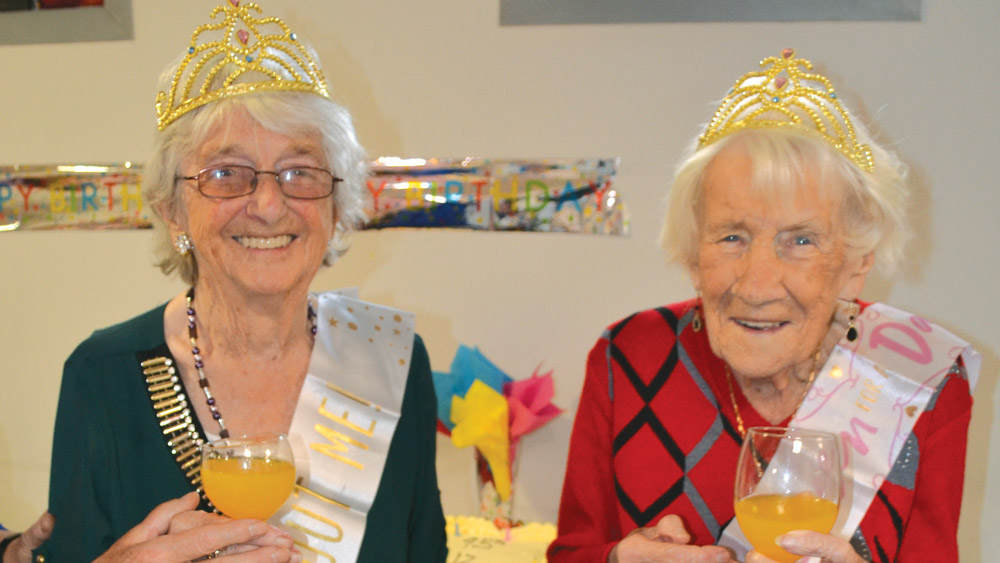 A COMBINED 188 years was celebrated during a surprise bash for two friends from Greenhills in the Kilnamanagh Day Activity Centre.

Friends Mary Mooney (93) and Liz Murray (95) attend the day centre four times a week for dinner and activities, such as bingo and singing.

Living together in Greenhills, the friends were in flying form as they toasted each other at a surprise birthday party hosted by centre staff last week.

A big birthday cake, music and singing was the order of the day as Mary and Liz’s friends celebrated two very special ladies.

Speaking with The Echo, Marian Gahan, a volunteer and committee member with the day centre, said: “They were both delighted, they couldn’t believe it.

“Everyone had a great time.”

Living in Kilnamanagh, Marian has been involved in the community for 25 years and has seen the benefits of the day centre, which opened 16 years ago.

“Not only do people get a three-course meal, there’s a great social element [to the centre]”, she said.