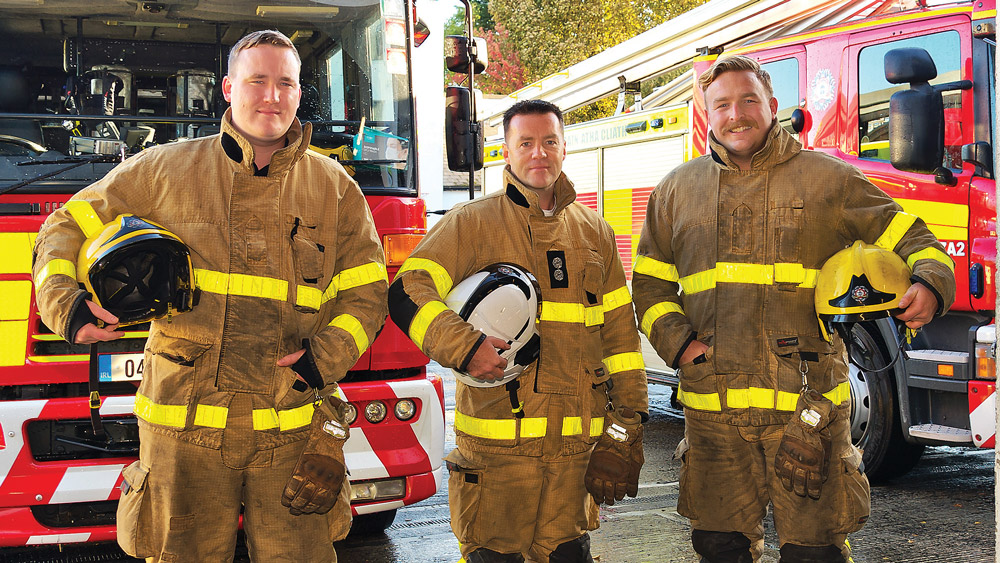 Halloween – warning of risks from fireworks and bonfires

THE station officer of Tallaght Fire Station has appealed to people not to obstruct firefighters this Halloween, and has warned of the risk of catastrophic injuries from fireworks and bonfires.

Darren O’Connor, who has worked as a firefighter-paramedic since 2005 and recently became the station officer of Tallaght Fire Station, shared fire crews’ typical experiences during Halloween.

While Halloween night is an unfailingly busy night for fire crews, the weeks leading up to it are also busy, as are the days afterwards and the inevitable clean-up and putting out of bonfires that follow.

“We’ve been busy for the last six or seven weeks,” Mr O’Connor told The Echo. “We’ve seen an increase in small bonfires already. We put out 10 small bonfires on Sunday night.

“On Halloween night, we have to risk-assess each of the calls about bonfires, because the volume of calls means we can’t deal with every bonfire.

“We don’t put out every bonfire we get to on Halloween night, we have to risk-assess whether it’s near property, if there’s smoke going into property, and if there are overhead electricity wires.

“If we do arrive into estates where there are bonfires, we’re not there to ruin anyone’s fun – but if the bonfire is affecting overhead wires or there are properties nearby, we’d ask people to let us get on with our work.”

Another aspect of Dublin Fire Brigade’s work at this time of year is also treating people who have sustained injuries from bonfires and fireworks.

“Each year, there’s always at least one catastrophic injury where people lose digits off their hands or sustain burns,” said Mr O’Connor.

A post on Dublin City Council’s website about the dangers of fireworks advises people to clench their fists and try zipping up a coat or making a cup of tea – that’s what an amputation is like.

Post-traumatic stress disorder (PTSD), confidence issues and anxiety are all recognised after-effects of trauma from injuries of that nature, and the council has emphasised that fireworks are illegal.

These injuries from bonfires and fireworks can be prevented by responsibly celebrating the Halloween season, with Mr O’Connor offering the following advice.

“The first thing is that, for a bonfire, people need to get waste,” he said.

“We’d ask people not to give their household waste out, as items like aerosols, small gas cylinders and paint cause problems for us, and to secure their wheelie bins.

“We’d ask business owners, particularly builder providers, to secure their stock and keep it out of sight.

“People should bring their kids to organised events instead of bonfires. In terms of costumes, don’t make homemade costumes because they’re flammable.