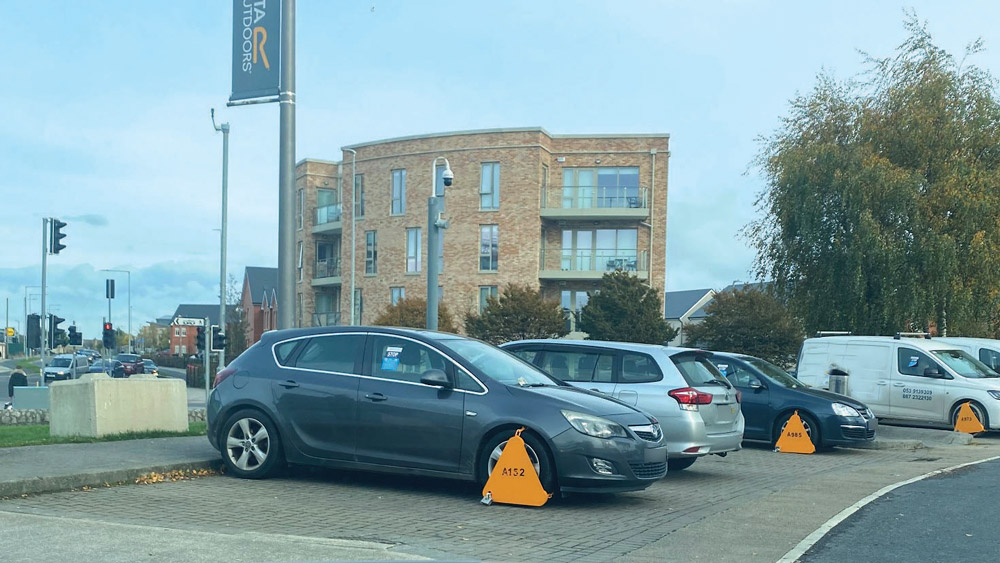 The cars clamped in Citywest Shopping Centre on Tuesday afternoon

OVER a dozen cars and vans were clamped in the Citywest Shopping Centre carpark on Tuesday afternoon, in what appeared to be a mass clamping action.

There have been issues with parking in the centre in recent weeks, with one concerned shopper telling The Echo that they believe builders from a nearby construction site had been parking there.

“I was at the centre one morning at 9.30am a week or so ago, and I couldn’t get a parking spot and that was frustrating,” they said.

“At that time I thought it was possibly builders from the Glenveagh site across the road that were parking there.

“If they have been given notice to not park there anymore, I wouldn’t have much sympathy, but if not then it’s a bit unfair on the people who own those cars to clamp them suddenly like that.”

The Echo contacted Glenveagh to ascertain whether it was their contractors’ vehicles that were clamped and if they had received notice about not parking in the shopping centre.

In response, a Glenveagh spokesperson said they had “no comment” to make on the matter.

When asked if they saw the reactions of people whose cars had been clamped on Tuesday, the shopper said: “I did.

“I stopped in my car and asked one builder, ‘Was it all the builders’ cars that were being clamped?’, and he said yes.

“There were a few people cutting the clamps off with an angle grinder. I saw about four cut off, and others [people] waiting around, I imagine, to have the clamp taken off by the clamper. 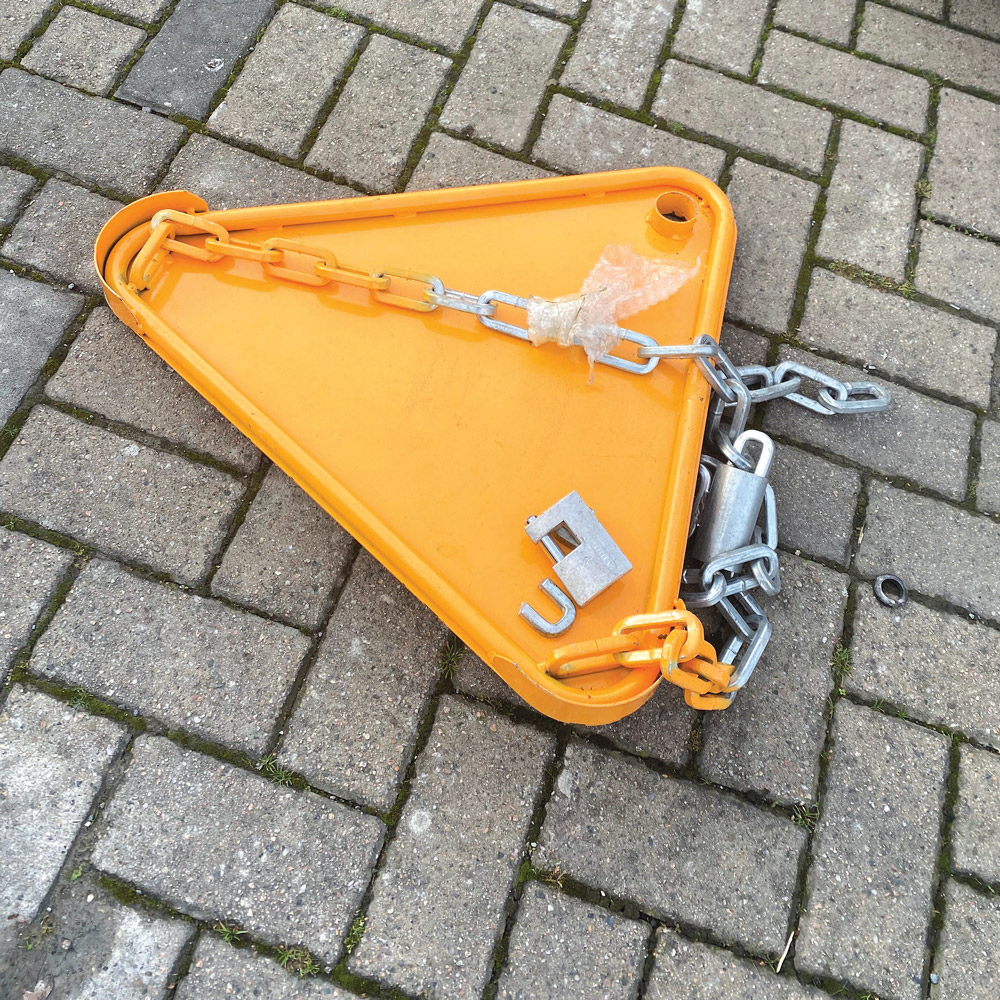 One of the clamps that was removed by an angle grinder

“The security from the centre could do nothing, it’s not their job after all.”

The manager of Citywest Shopping Centre, John Chatten, confirmed to The Echo that the clamping was targeted at vehicles owned by builders working in nearby construction sites.

“The action taken to clamp vehicles is unfortunate but necessary,” said Mr Chatten.

“It was targeted at builders parking all day whilst working on neighbouring sites being developed.

“Despite several requests to the contractors directly and developers to cease this, there were a number of contractors who ignored our request to discontinue all day parking in our car park.

“Citywest customers were thus being denied parking opportunities especially during busy trading periods and this ultimately impacted on our tenants’ business also.

“We have plenty of signage informing everyone about the parking T&Cs.

“However, a select number of these contractors continue to choose to ignore these T&Cs at Citywest Shopping Centre leaving us no choice but having to react in the format we did [on Tuesday].”