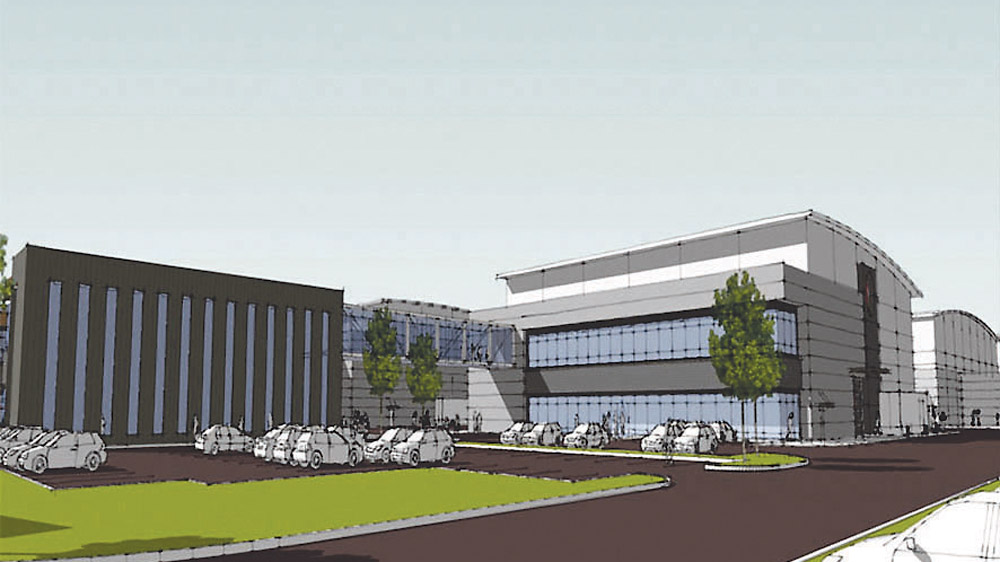 The studio is planned for Grange Castle

PLANS to develop the country’s largest media park for film and TV studios at Grange Castle Business Park in Clondalkin hit a snag this week, as a dispute over the plans is to be heard at the High Court.

According to a report in The Irish Times, the High Court action was admitted to the court on Monday and has been brought against Lens Media Limited, the group behind the proposed media park, by Los Angeles-based Plus Development LLC and Cooper Plus Holdings Limited.

Cooper Plus Holdings Ltd and Plus Development LLC are US-based real estate development and management firms.

Last June, Lens Media confirmed that they had formed “strategic partnerships” with Cooper Plus Holdings and Plus Development for the creation of the media park.

However, according to the High Court action, the two real estate development firms are concerned that Lens Media will breach its alleged obligations under their partnership agreement, and will instead pursue the media park development project with other backers.

The dispute hinges on whether a memorandum of understanding exists between the aforementioned parties, according to a sworn statement by Matthew Cooper, the director of Cooper Plus.

As the project gained traction following South Dublin County Council’s agreement last year that the title of the lands would transfer prior to construction commencement, the parties then unsuccessfully attempted to reach a shareholders’ agreement concerning the vehicle that would be formed for the ownership of the lands and the operation of the media park.

Mr Justice Denis McDonald admitted the case to the Commercial Court list on Monday with the consent of all the parties.

Plus Development and Cooper Plus are also seeking a temporary injunction that would prevent Lens Media from carrying out the project without their participation – the injunction application may be heard as early as next week.

Lens Media acquired the lands in Grange Castle from South Dublin County Council in 2020, for a sum totalling €26.4m.