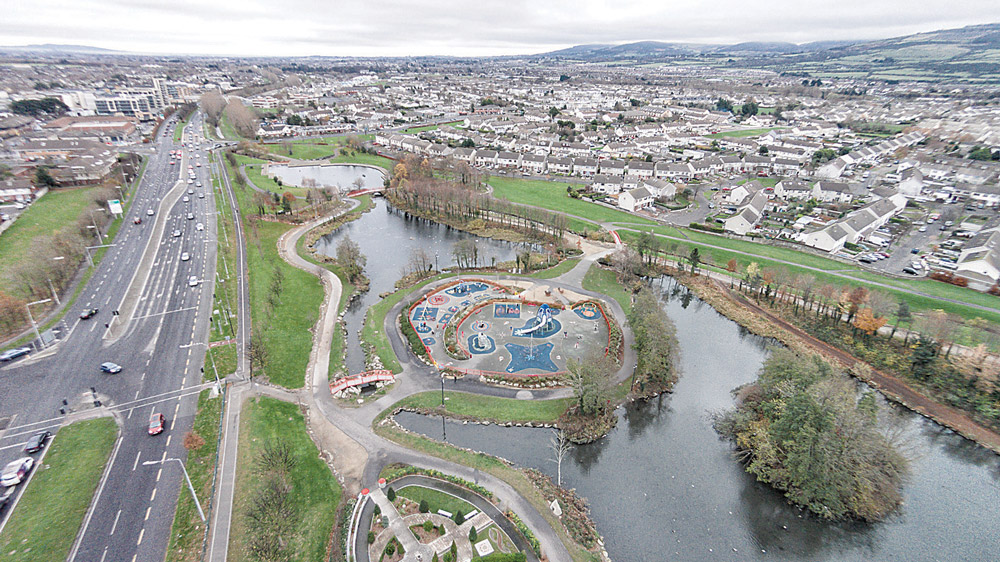 The park has been the site of numerous instances of anti-social behaviour, which most recently saw a young child being knocked down by an electric bike, which had the appearance of a scrambler bike.

A serious assault also took place in the park on March 18, at the hill close to the blue bridge that links the park to the second level of the Square Shopping Centre.

Concerns about safety in the park have been voiced by nearby residents, which last February saw them hold a community meeting to ‘reclaim’ the park.

These issues were discussed at the meeting in the park between the gardai and the council last Wednesday, April 20.

In a statement provided in a response to a question by Fianna Fáil councillor Charlie O’Connor at Monday’s monthly meeting of the Tallaght Area Committee, the council outlined the result of the meeting in the park.

“The overall view of the gardai is that the park is in general used by law-abiding citizens for legitimate purposes and that it is a safe place to go for members of the public,” it stated.

“They made reference to the fact that they are dealing with similar issues of anti-social behaviour and illegal use of scramblers in many other locations and mentioned Killinarden Park as an example.

“On the day of the meeting the park was full of people, some using the park for recreation and others passing through between the Old Bawn Estates and the Square Shopping Centre.

“A number of specific incidents were discussed with the gardai and a number of locations were examined and discussed, and the views of the gardai were sought as to what could be done in relation to these issues.

“In general, they are of the view that more lighting and more CCTV would assist them in their work, however, they accept that providing lighting in a park location is not always possible.”

A commitment was also given to undertake an examination of the hill near the blue bridge in the park to establish if the existing lighting can be augmented to act as a deterrent to anyone taking cover in the trees and bushes at the top of the hill.

In relation to the incident where the child was hit by an electric bike, the council stated CCTV footage was being examined and the people riding the bike had yet to be identified, but investigations were ongoing.

Cllr O’Connor suggested that the council should erect signage in the park that displays information on how to report incidents in the park.

According to the council, the suggestion regarding signage which would provide advice to the public in the event of an incident occurring will be examined in due course.