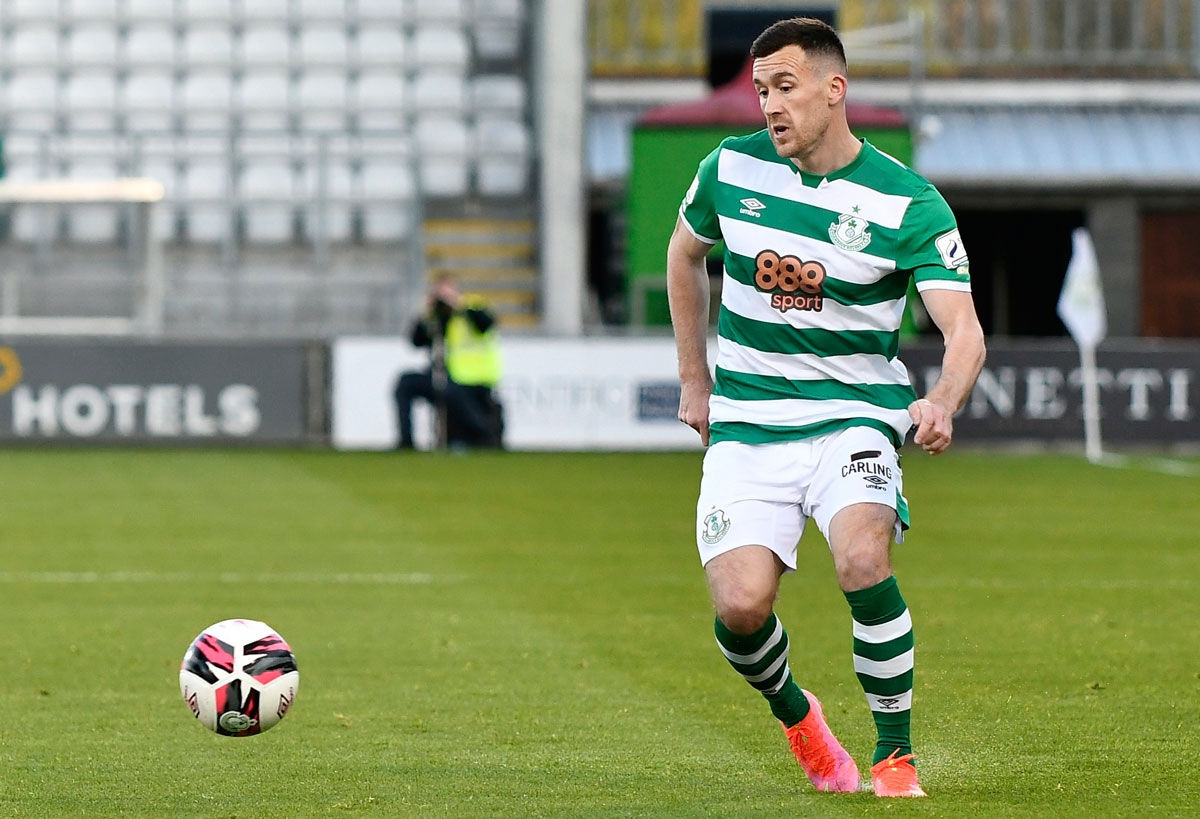 Greene comes up with late goal to down Duff’s Shelbourne

Kilnamanagh’s Aaron Greene was the hero for Shamrock Rovers at Tolka Park last night as his 89th-minute goal secured a 2-1 victory for the Hoops at the expense of Shelbourne in the SSE Airtricity League Premier Division.

Managed by Ballyboden native Damien Duff – himself a former Rovers player and coach – Shels looked set to come away with a share of the spoils from this Dublin derby.

There was to be a final sting in the tail, however, and Greene produced the goods off the bench to ensure Stephen Bradley’s men remain second in the league table.

Next up for the Hoops is a tantalising showdown with St Patrick’s Athletic in Tallaght next Friday.

Having now recorded two away wins on the bounce, they will enter that contest with plenty of confidence.

In their 3-0 success over Finn Harps at Ballybofey seven days earlier, 2022 recruit Andy Lyons got up and running for Rovers with a brace of goals.

There was less than two minutes gone on the clock yesterday evening when the Kildare native found himself in front of the target off an attacking turnover and he calmly planted the ball into the bottom right-hand corner.

This was a dream start for the visitors and it was anticipated they would push on for the remainder of the opening period.

Graham Burke had a left-footed drive that just cleared the Shels crossbar and Jack Byrne forced a fine stop out of former St Pat’s custodian Brendan Clarke past the half-hour mark.

Lyons was agonisingly close to making it four goals in two games, but Rovers nonetheless brought a 1-0 cushion into the interval and appeared to be in the driving seat.

Yet Shels were determined to leave their mark on the proceedings and after getting on the end of a cross in the 58th-minute, Shane Farrell got the better of Alan Mannus to suddenly leave the sides on level terms.

This threw down the gauntlet to Rovers and they predictably started to ramp up the pressure on the hosts.

Rory Gaffney and Burke both had decent opportunities, but Duff’s troops dug deep and looked set to come away with a commendable point.

That was until Greene picked up possession on the edge of the box towards the end of normal time and unleashed a superb left-footed finish to the Shels net.