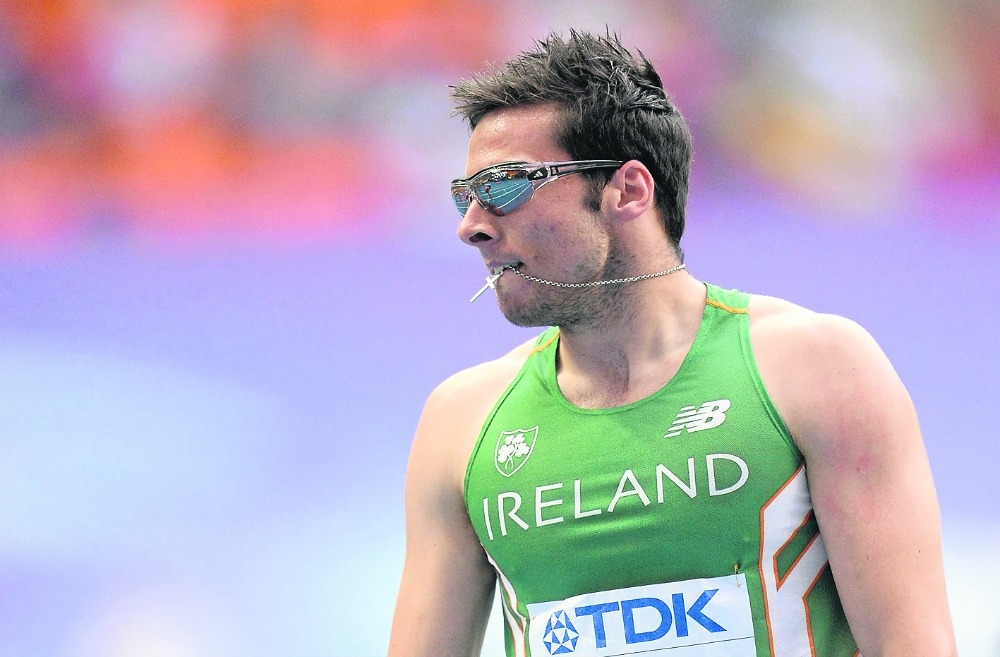 Gregan off to a blistering start

TALLAGHT 400m runner Brian Gregan got his pursuit of the World Championship qualifying time off to a very positive start when clocking 45.90 on his way to victory in Oordegem, Belgium last weekend.

It marked his second fastest season-opening performance and was a huge improvement on the 47.7 he recorded this time last year.

Targeting the standard of 45.50 for the World Championships in London in August, he will be hoping to edge closer to that, if not go under it, when he lines out at another meet in Geneva this coming Saturday.

Very pleased with his performance in Belgium, Gregan told The Echo, “I had missed some of the indoor season with a chest and sinus infection, but the block of training that I did when I came back was very good.

“I didn’t really know how I was going to do, having been out for some time, so I was pleased with my time” he added.

Following on from this weekend’s trip to Switzerland, Gregan will contest a string of meets in July including the Morton Games on home soil.

The Dubliner will also be keeping one eye on the upcoming European Athletics Team Championship, taking place in Vaasa, Finland on June 23.

Having attended the last five meets, he has won the 400m three times, helping Ireland to a sixth place finish in 2015.

In Vaasa he will also combine with Thomas Barr, Mark English and another Irish runner to contest the 4x400m relay in which they will also be looking to make the World Championship qualifying standard of 3:02.1.

Gregan is hopeful they can achieve that goal saying “If we can get good conditions for racing, this team can do well, but you just don’t know what the weather is going to be like in Finland.”