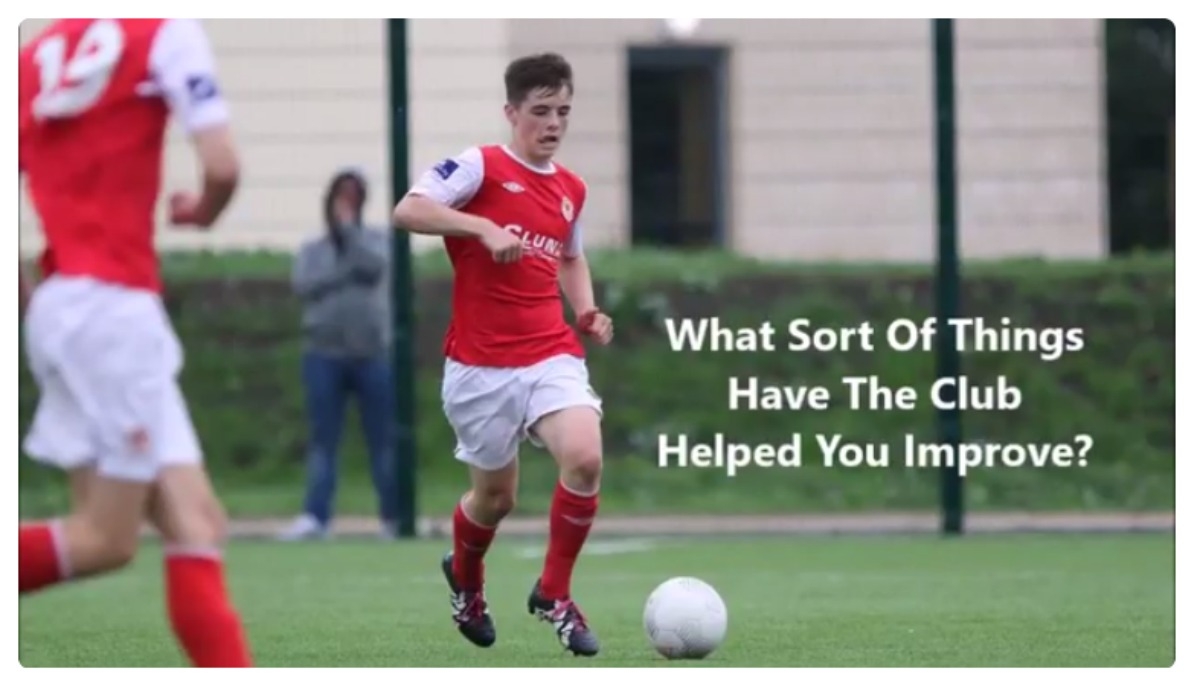 The Crumlin native will officially sign a two-year contract with his new side in July.

Burke, who was part of the U17 National League winning team, played his last game for the Saints last Wednesday when he captained the club’s U17s to a 3-1 win over Bohemians.

The youngster will continue to train with the club in order to assist him during the off season before a move to the UK at the end of June.

Speaking about the move the former Crumlin United and St Joseph’s Boys player said: “I’m really looking forward to it. I’ve been working towards a move to England for a few years and have really worked hard since I joined St Pat’s last year.

“I’m delighted that the move has come off and I have a big two years ahead of me.

“I’ve improved hugely in my year at St Pat’s. One of my main aims was to improve physically which I have thanks to the work with the strength and conditioning coaches, and of course all of the work on the pitch.

“I’ve also been taking a lot of the set pieces and managed to get some assists which has been another plus.

“Moving to England is only really starting to sink in now to be honest. I’ve been used to living in Dublin and being around my friends and family.

“Trying to be a professional footballer is an opportunity I’ve always wanted and I’m going to work as hard as I can now and hopefully make the most of it.”

The defender started every game last season when the Saints finished top of the SSE Airtricity League U17 Northern Elite Division, defeating Waterford, Shamrock Rovers and UCD to win the overall league title.

Burke was also part of the Saints’ side that was defeated in the Mark Farren Cup final against Bohemians last year, while in 2017 he has been an ever-present with the Saints who currently sit at the top of the league table.

“He is one of the best young professionals I’ve ever coached. Ryan lives his life like any young aspiring footballer should and fully deserves his move.

“He trains at 100%, is always on time and is always one of our best performers in training, in the gym and, most importantly, on the pitch.”