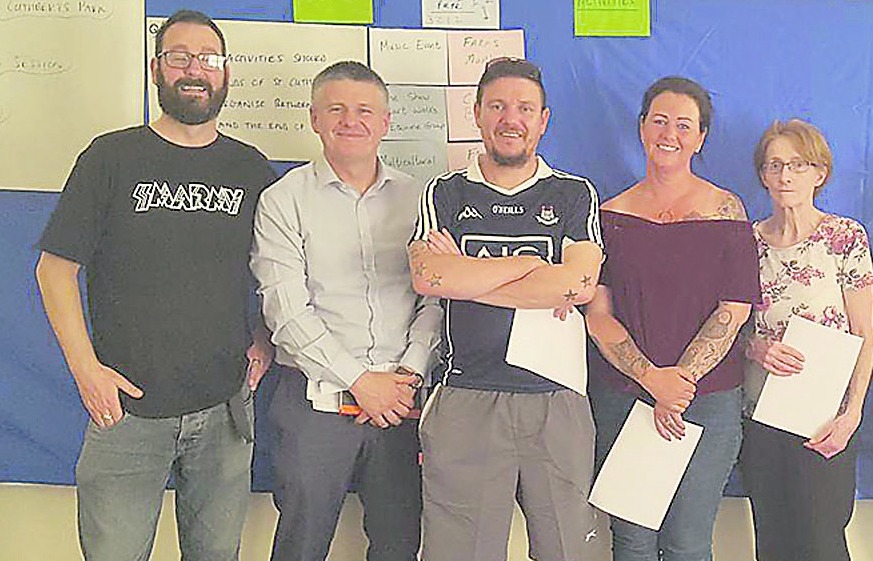 Plans to claw back park from joy-riders and thugs

PROPOSALS to reclaim the much troubled St Cuthbert’s Park in Clondalkin could include a community fête and live music performances, if all goes according to plan.

The Friends of St Cuthbert’s group was established as a sub-group of a high-level task force to deal with serious anti-social behaviour in St Cuthbert’s Park.

The group has met about six times now and there is a broad range of people who are interested in restoring the park back to its previous condition as a safe and attractive local amenity.

At the Ace Enterprise Centre this week, residents contributed to the proposals by the group, identifying a number of measures which they hope will rescue the park back from the clutches of anti-social behaviour.

One of the measures proposed by the Friends of St Cuthbert’s is to utilise the park as a location for a community fête, including live music, farmers’ market, horse show, cart rides, car boot sale, multicultural activities, and demonstrations by emergency services.

A key aspect identified by the group consensus is to organise community clean-ups to mitigate against constant dumping and anti-social activity in the park.

The group also highlighted the possibility of the park being used to host local heritage walks, community games, late-night family sports activities, and outdoor events such as bingo, cinema and church services.

The group also suggested that Halloween should be considered for some activities in the park.

Sinn Féin Councillor Mark Ward said: “The park has been plagued with scramblers, joy riding, mistreating of horses and illegal dumping. Since the formation of this group the council have been very supportive. I welcome the promise of CCTV for the park. The council have had a digger on site removing the large amount of illegal dumping in the park.

“This group are acting as a pressure group to get things done but are willing to do some hands-on practical work. There will be a mass community clean-up of the park in the near future.”

In order of priority the group had decided to organise the community fete first, and evaluate before moving forward.

Clean-ups would be carried out before and after any events according to the group.

All local residents are welcome to join, and at the next meeting, the group will put together an action plan for organising the community fete.