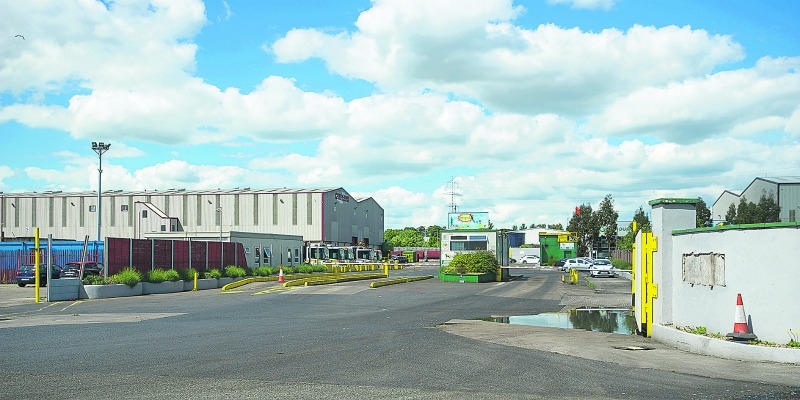 GREYHOUND Recycling has been fined €25k for breaches of their agreement with the Environmental Protection Agency after it transferred waste to five unlicensed sites and failed to keep adequate records.

A representative of Greyhound Recycling and Recovery (GRR) pleaded guilty at Dublin Circuit Criminal Court on the company’s behalf to breaches of both the Environmental Protection Act and the Waste Management Act in that it transferred waste to unlicensed sites in Kildare, Dublin and Laois on dates between April and June 2012.

The company also admitted failing to keep records of the recycling of waste, providing false and misleading information and breaches of its license on dates between March and August 2012.

They have 29 previous convictions which were all dealt with in the District Court, eleven of which relate to the transport of waste.

Mary Gurrie of the EPA told James Dwyer BL, prosecuting, that Greyhound Recycling was granted a waste license in May 2007 in relation to its operation of storing and transferring waste from a site in Clondalkin.

The court heard that most of GRR output from the site in Clondalkin was in the form of Solid Recovered Fuel (SRF), which is produced by shredding and dehydrating biodegradable waste and recyclable material. The fuel is then compacted into bales and sold on to cement factories to be used as fuel.

Ms Gurrie said that, as part of their licensing agreement, GRR had permission to ship the SRF bales to the continent to various suppliers. The license also covered the bales being stored at a facility in Dublin Port prior to shipment.

She said through their investigation it seemed that the storage facility at the port was full and GRR transported the bales to various unlicensed sites in breach of the agreement.

Ms Gurrie said the EPA’s concern was the company didn’t actually seem to know where the waste had gone to and had no records tracking the movement of these bales.

Ms Gurrie agreed with Mr Dwyer that there was no long-term environmental damage at any of the sites.

Louis McEntagart SC, defending said GRR would like to “sincerely apologise to the regulatory agency and the individuals affected”, describing it as a “very regrettable incident”.

He submitted that GRR didn’t financially benefit from the process and the impact on the environment was “negligible.”

Ms Gurrie said the site in Clondalkin was also inspected after members of the local community complained about a bad smell coming from it.

It was then discovered that waste had been stored in one building which was not in accordance with GRR license with the EPA. The company only had permission to story clean, dry segregated waste which should not contain any odorous material in that particular building .