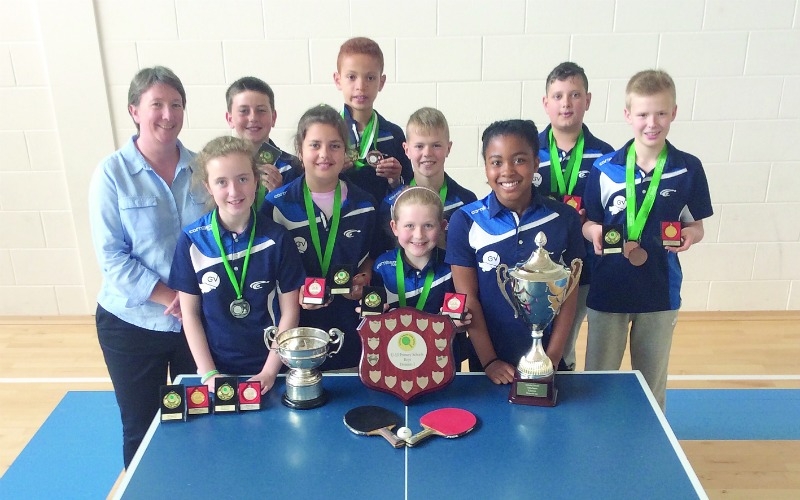 GRIFFEEN Valley Educate Together made it a double as they won the boys and girls Under 13 titles at the Leinster Table Tennis Schools Cup Finals, which took place in UCD.

This follows on from the boys winning the Leinster Schools Division One League Shield for the second year in a row while, in the girls event, the school finished in second place.

As both were the best placed primary schools teams, they went on to represent Leinster in the All-Ireland finals.

The girls took All-Ireland Schools silver while the boys team earned themselves a bronze medal.

This series of victories are all the more remarkable when you consider the Lucan school only started competing in table tennis three years ago.