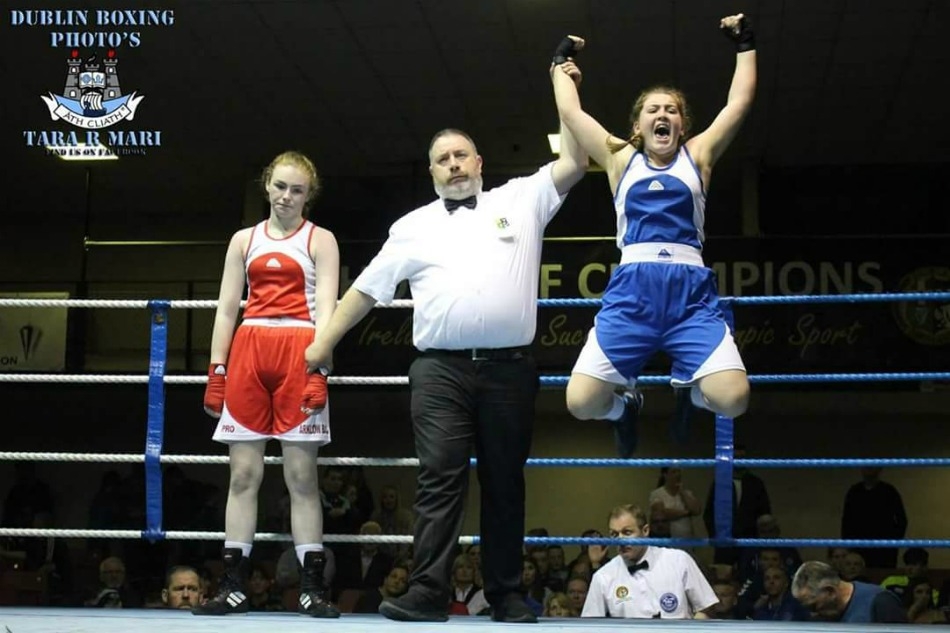 Competing at Girl Three 68kg degree, Maguire saw off the challenge of Arklow’s Tiegan Farrell Byrne in her respective decider.

Winning out 4-1, she impressed her coach Stephen Kavanagh, who said “it was a good tough fight and Shauna knew she needed to win the last round to make sure of it.

“She just kept the pressure on and finished very strongly,” he said of his young protégé who will now be heading into this summer’s National Cadet Championships.

McGovern, meanwhile, made light work of the challenge of Dunmanway’s Estelle Gras-Durry in their Girl One 47kg final, stopping her opponent in the opening round.

The Dublin champion, who also carded a win in last year’s Monkstown Cup, is sure to be kept busy over the coming months with training and various inter-club tournaments.

On another note Liam Gaynor is poised to make his professional boxing debut in the National Stadium this Saturday.

Training under Kavanagh at Kilnamanagh BC, he will face off against Northern Ireland’s Alec Bazza.