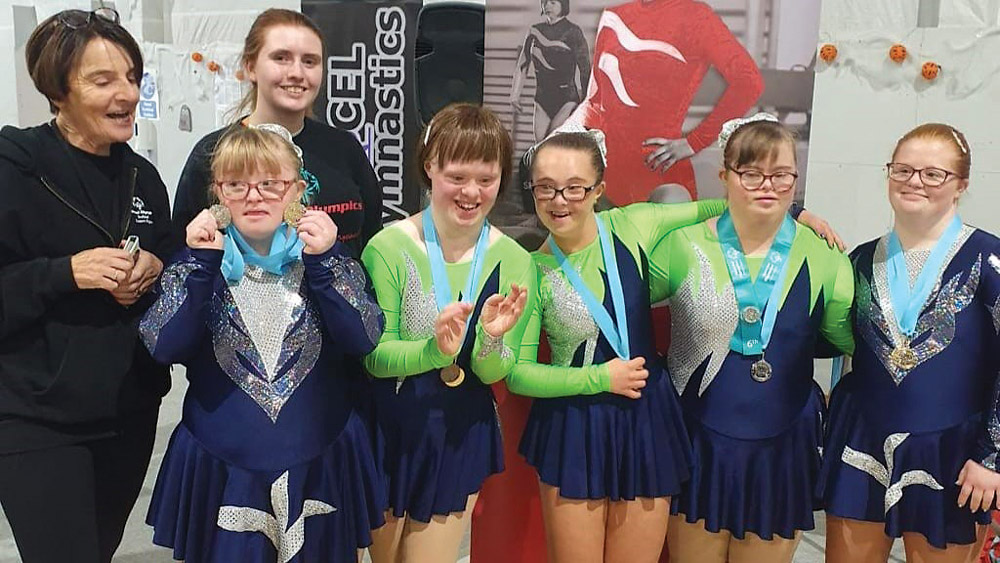 FIVE gymnasts from the South Dublin Sports Club recently won medals in the Advancement Games in a bid to qualify for the World Special Olympic Games in Berlin next year.

Between them, they won gold, silver and bronze medals, and it’s hoped that one of the girls will be selected to represent Ireland at the upcoming World Special Olympic Games.

Liam McLoughlin from the South Dublin Sports Club said: “The girls very much enjoyed taking part in the competition.

“All the girls loved wearing their leotards and being in competition. Hopefully they may be lucky enough to be picked for the World Games in Berlin.

“There are only two girls going forward from Ireland so we’re wishing them all the best of luck in the selection process!”

South Dublin Sports Club is a Special Olympics club based in the Templeogue area catering for young people with additional needs, and the club is part of the Eastern Region of Special Olympics.

The club has been in existence for almost 30 years and presently has 77 athletes. The club offers three sports: athletics, basketball and rhythmic gymnastics.