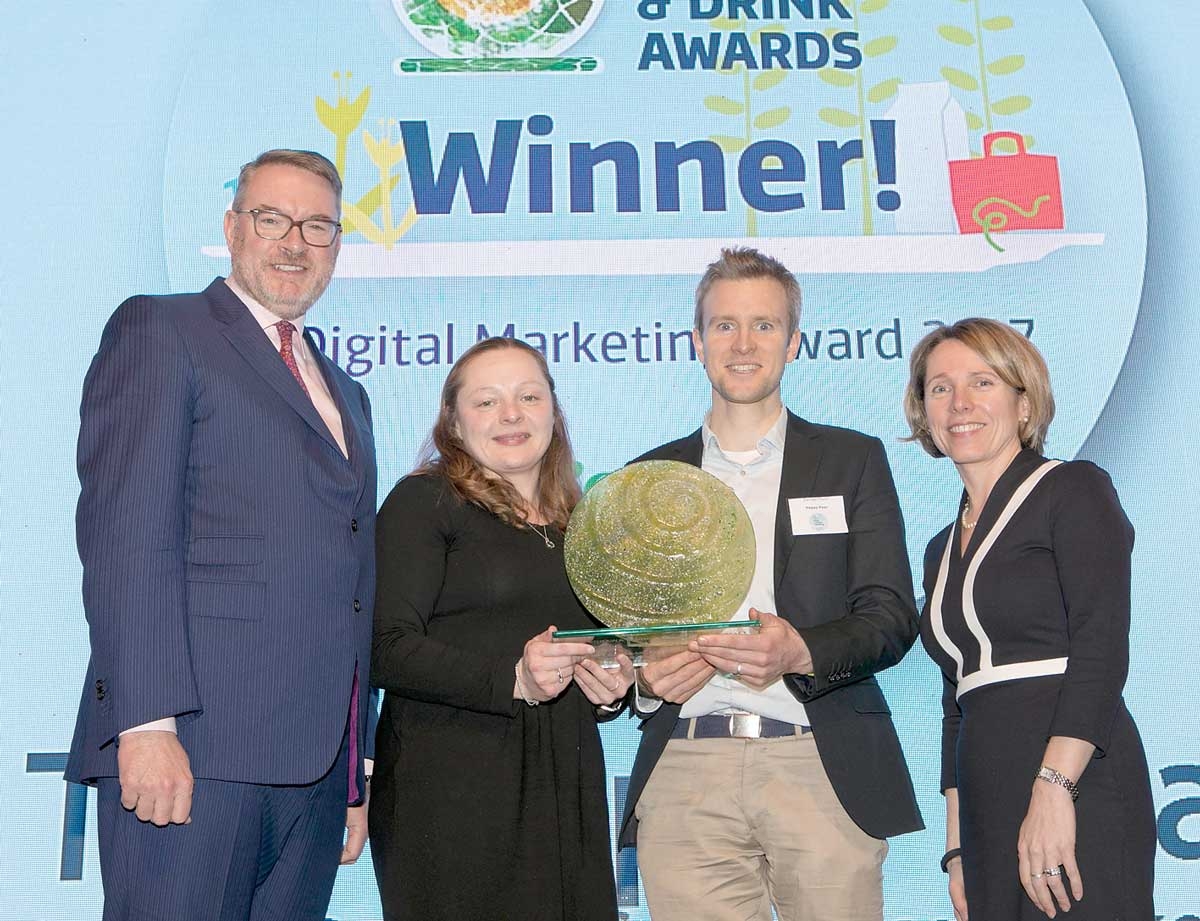 THE Happy Pear was amongst the winners at the recent Bord Bia’s Food and Drink Industry Awards.

The healthy café, that this year, took over the running of the newly opened Clondalkin Round Tower visitor centre, picked up a digital marketing award.

Nine Irish food and drink companies picked up awards at a ceremony in the RDS, which celebrates business excellence in the industry.

Operated by twin brothers David and Stephen Flynn, the Happy Pear received the digital marketing accolade for demonstrating how the company has embraced authentic digital campaigns to create a powerful movement which is driving the business.

The company continues to increase its loyal following on social media. Their following has grown by a third, from almost 600,000 followers to over 800,000.

More than 300 Irish food and drink industry leaders gathered for the awards ceremony, which was hosted by broadcaster Miriam O’Callaghan and presented by Tara McCarthy, CEO, Bord Bia.

Ms McCarthy said the successful companies demonstrated excellence and innovation in their use of marketing principles and consumer insight.

“I would like to congratulate and applaud all companies for their vision and determination to succeed, which is helping us to develop the positive reputation for Irish food and drink on the global market,” she said.

Diageo for Baileys received the branding award for repositioning the Bailey’s brand from niche liqueur category to the dynamic ‘premium treat’ category – resulting in revenue turning around in 2016 from a five-year rolling decline to 5 per cent volume growth.

Overall winners were chosen from an original shortlist of 24 companies, which were selected by a team of seven independent judges, including Heather Ann McSharry, non-executive director on the Board at CRH.