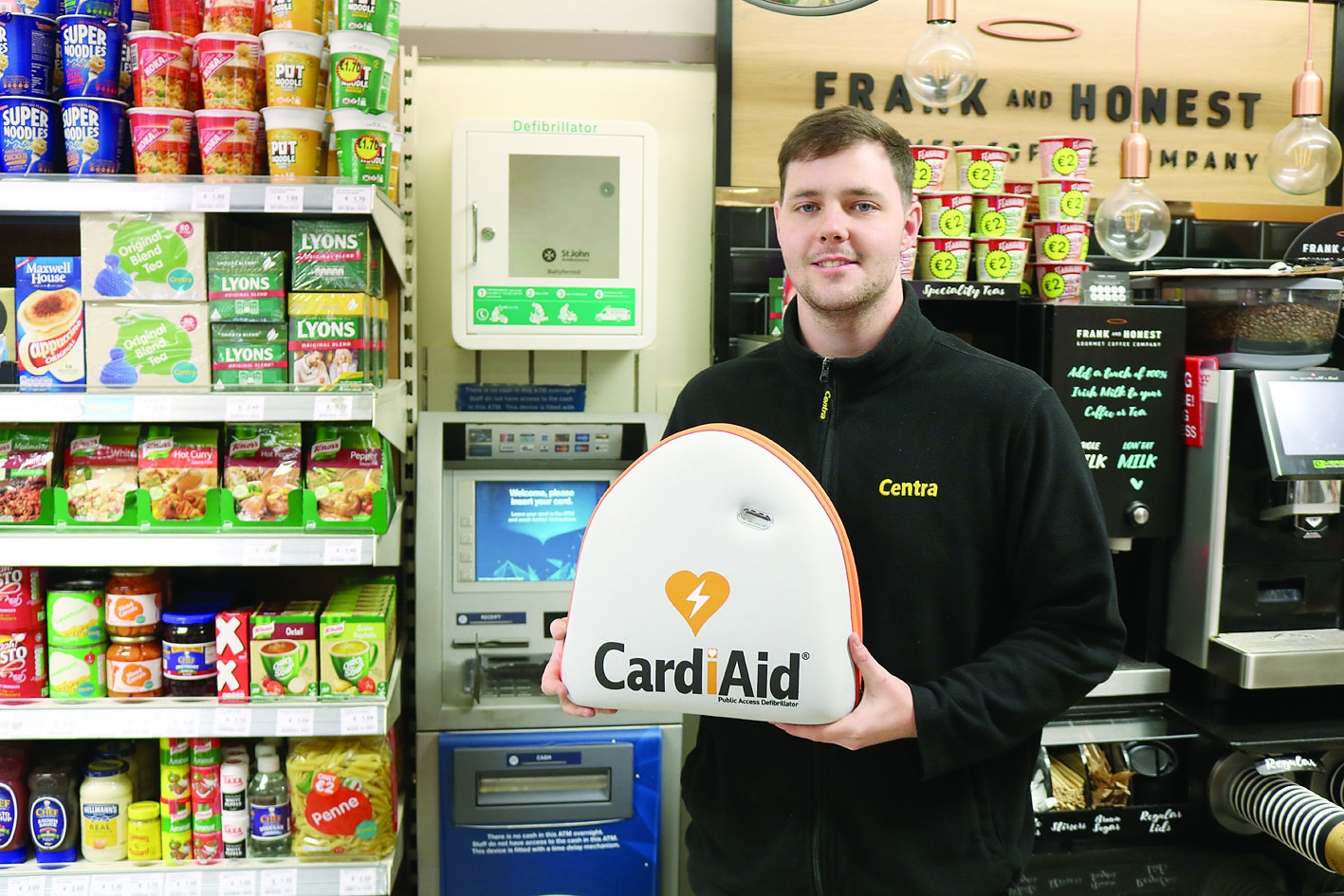 EMPLOYEES in Ballyfermot completed their cardiac first responder training this week, becoming the latest batch of local businesses to engage with St John Ambulance for the initiative – which has seen over €4,500 raised for defibrillators and first aid training.

The majority of businesses on Ballyfermot Road are now equipped to care for someone who has suffered cardiac arrest before an ambulance arrives, potentially saving lives.

The initiative began in July, when Padraig Allen and Mick Cardiff from the Ballyfermot division of St John Ambulance, set out to make the community a safer place.

“Too many lives have been lost within our community, in many cases because nobody knew what to do,” said Padraig.

“If a person suffers cardiac arrest, it’s vital that CPR and the use of the defibrillator is used as soon as possible. If we can shock a casualty within 3-5 minutes of suffering cardiac arrest, we are giving them a 70 per cent chance of survival.”

He continued: “Over 50 local business owners and employees are now trained. Three defibrillators, which cost about €1,300 each, were funded locally. They are located at Centra, Grange Cross, and on Friday the other two will be installed at Chasers and Londis on Ballyfermot Road. In total there are now seven defibrillators within a one-kilometre radius in the community.”

“Other defibrillators are located at the Civic Centre, Ballyfermot Sports and Fitness Centre, LIoyds Pharmacy and Ballyfermot College. Its important people know where they are and that there are sufficient numbers trained, otherwise it defeats the purpose.”

Padraig has first-hand experience of saving a life. As a rookie St John’s member in 2008, he provided CPR to revive a Ballyfermot man during an event in the Phoneix Park.

“A shock from the defibrillator was delivered to his heart. We saw this man in his 50s come back to life, rushed him off to Connolly Hospital and he made a recovery.”

The next stage is to have every school and college in Ballyfermot, Chapelizod and Inchicore fitted with defibrillators.

“Other communities are close by and don’t have any first aid organisation and are also lacking in resources,” said Padraig.

“We received an overwhelming response from businesses, many happy to donate funds and time for training. Over 200 hours have been put into this project, but defibrillators are now out in the community and guaranteed, one day, to save a life.”