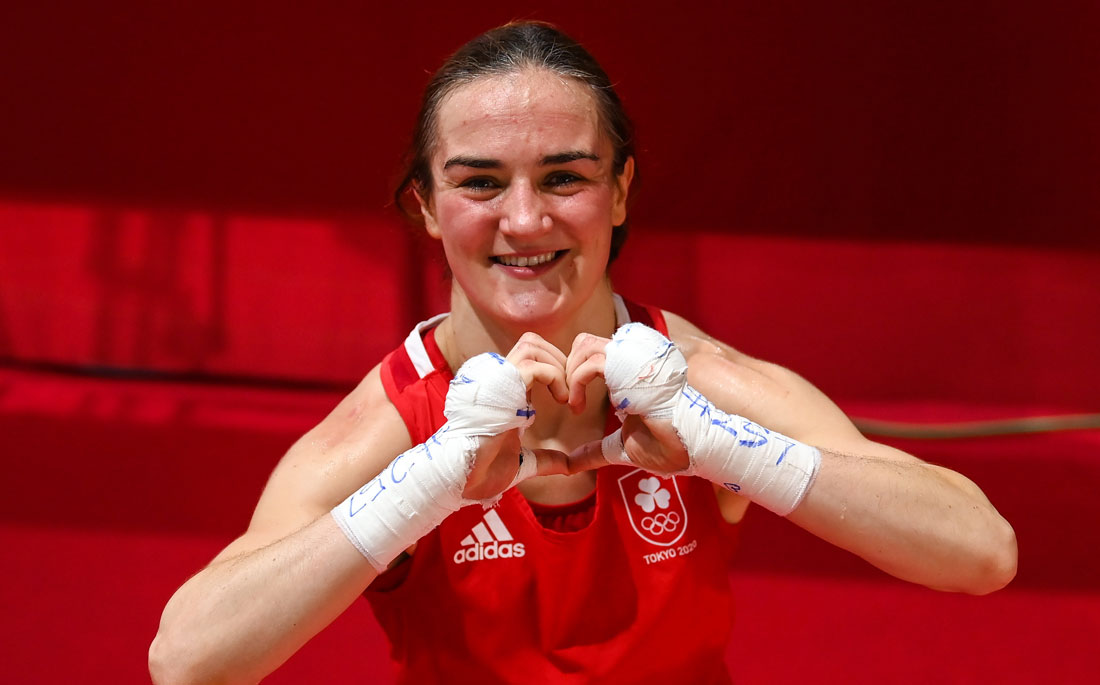 Harrington adds to her medal collection in Sofia

St Mary’s Boxing Club star Kellie Harrington added a further string to her bow at the 73rd International Strandja Tournament in Sofia earlier today when she defeated Natalia Shadrina on a unanimous decision in the lightweight final.

Despite being a native of Portland Row on the northside of Dublin, Harrington fights out of the Tallaght club and has enjoyed a remarkable rise over the past few years. Having secured gold at the World Championships in New Delhi in 2018, she reached the pinnacle of amateur women’s boxing by claiming top honours at last year’s Olympic Games in Tokyo.

While she reached the promised land in the Japanese capital, the 32-year-old Metropolitan is showing no signs of winding down – as evidenced by her showing against Serbian fighter Shadrina. Although she didn’t always have it her own way – Shadrina was particularly strong in the closing two rounds – Harrington’s eventual success was never truly in doubt.

Of the five judges that were scoring the final, three of them had Harrington in a lead of 29-28 at the end of the proceedings. On the other hand, the remaining two adjudicators had her edging all three rounds on an overall score of 30-27.

Although Harrington is the kind of athlete who takes each fight and each event as it comes, the fact that the Tokyo games were delayed by 12 months means the Paris Olympics are now just over two years away. If she can maintain her current level of consistency, there is no reason why the St Mary’s ace can’t be in the running for additional accolades in the French city in the summer of 2024.