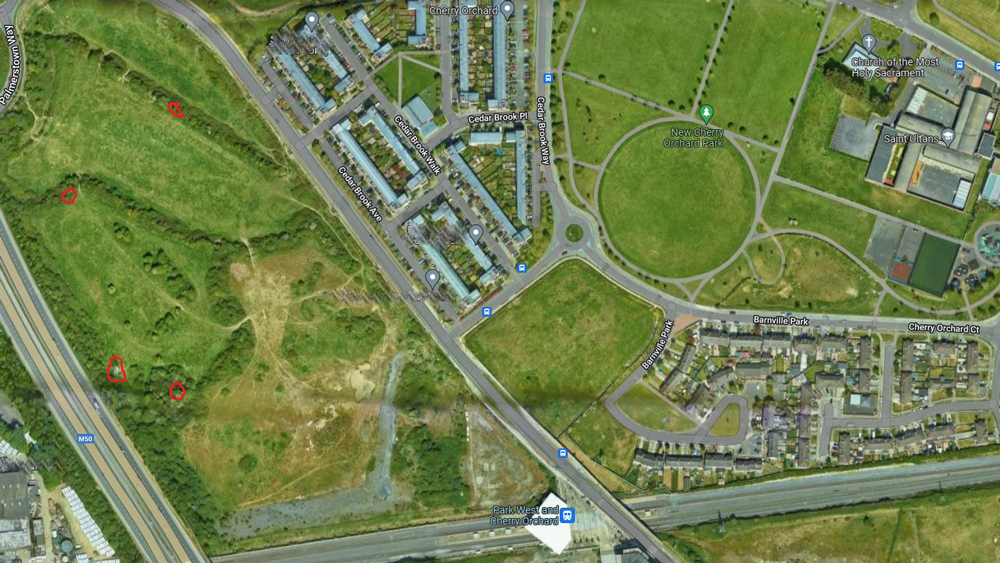 The area in Park West where the four dead horses were found, locations circled in red (Image: DCC)

It is the latest in a long line of equine cruelty that will continue to get worse unless State action supports local services, according to volunteer group My Lovely Horse Rescue (MLHR).

On May 12, Dublin City Council’s animal welfare unit removed the bodies of four dead horses on council land in Park West, on the northern fringe of Ballyfermot.

According to the welfare unit, which was established last year and is the first dedicated council animal unit in the country, the horses were there for “quite a long period of time”.

“As soon as we received the report we arranged for the immediate removal of the horses.”

Dublin City Council’s animal welfare unit posted the images online “to demonstrate the unfortunate circumstances and results of issues with horse ownership and welfare” in the jurisdiction. 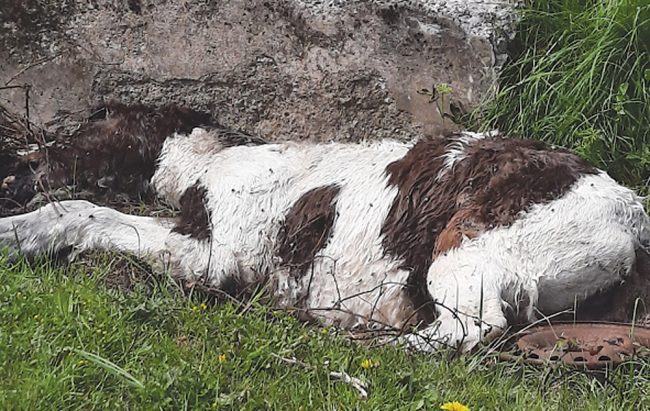 MLHR said this is a “serious issue all over the country” and have called on the government, and the Dept Agriculture to “step up too and support DCC, garda and rescues”.

No more excuses like ‘I sold it, not my problem’ should be tolerated,” said the group.

“Summer is nearly here and many foals being born, some with no value, their fate worse than death.”

Speaking to The Echo, a MLHR spokesperson said foals, or male horses, are most at risk.

“Mares (females) can breed but foals money are not seen as worth much, especially brown foals. Whereas a coloured horse can be used for trotting.

“We are not against local horse projects but we do want to be involved.

“They need to work with MLHR and with our connection to Dublin City Council’s animal unit, we can get guys up there to talk to them.” MLHR currently have a staggering 769 animals in their care, but they are concerned about the months ahead.

“Dublin City Council should be painted in a really good light for what they are trying to do.

“We are not against horse owners, but we do want to talk to them,” said MLHR.

“The city council’s animal welfare unit appealed for horse owners to “ensure you have a place to keep your horse safe and happy, well nourished and loved for the entirety of their life.”