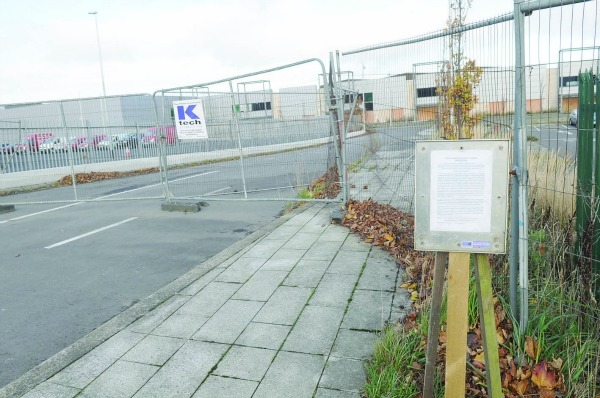 RETAILERS Harvey Norman and Costa Coffee have been given the green light to open in the Airton Road Retail Park, following a grant of permission by South Dublin County Council.

The plans for the new Harvey Norman store will see the addition of four areas of mezzanine floors to the building for use as staff, ancillary and equipment accommodation.

Costa Coffee will be located in a new 218sqm cafe building located adjacent to the retail building, and will also include a 60sqm external seating area.

Access to the site will be via a new turn off the Greenhills Road at the side of Junction House, which is located beside the site and is planned to be developed as a new primary care centre for the local area.

A reconfiguration of the existing car park on the site is also included within the plans, and will provide 257 car parking spaces and 42 cycle park stands.

Objections were submitted against the application, with two of the objections submitted on behalf of Robert Roberts and PKB Partnership which are both located in neighbouring properties on the Airton Road.

In the objections, concerns were raised about the proposed new entrance to the site which could provide a “rat-run” through the development.

Concerns were also raised about the potential for traffic hazards caused by the car parking “shortfall” on the site and the overdevelopment of the site.

In its decision of grant permission, which was given on January 11, a condition was attached to downscale the size of the proposed signage and totem pole to a size more in line with businesses that are already established in the area.

As part of the grant of permission, the car parking will also be used by both of the retail establishments and the primary care centre.