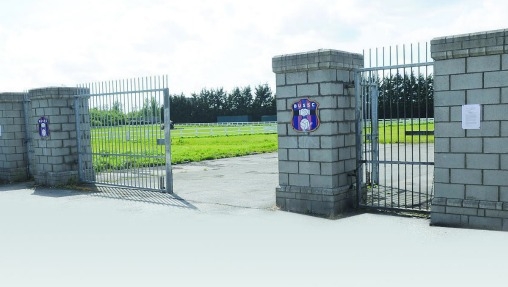 42 homes to be constructed at Sports and Social Club

A DEVELOPMENT of 42 homes and a new changing facility for Ballyfermot Utd Sports and Social Club has been granted permission by South Dublin County Council, following a submission of additional information.

Due to the grant of permission, a 1.6 hectare site located on Cloverhill Road will see the homes and changing facility constructed by Pathway Homes Ltd, despite an objection from a local resident from Coldcut Park.

The objection, which was submitted before a request for additional information on the application, raised concerns about overshadowing and overlooking between the development and Coldcut Park and the compliance of the setback of the development.

Insufficient car parking, the location of the access road to the site and and the future development of Ballyfermot Utd lands to the north of the car park were also raised as concerns by the resident.

The submission of additional information to present a revised layout plan, details on a public lighting scheme for the development and a revised landscape plan was deemed “satisfactory” and a decision to grant permission was given on January 13.

As part of the decision to grant permission, one of the proposed houses has been omitted from the final development and four of the houses will be positioned further west to allow for more public open space.

The final development will see a new access roadway into the site from the Cloverhill Road, a new single-storey changing facility for Ballyfermot Utd Sports and Social Club with new vehicular and pedestrian access gates and parking for 37 cars and two buses.