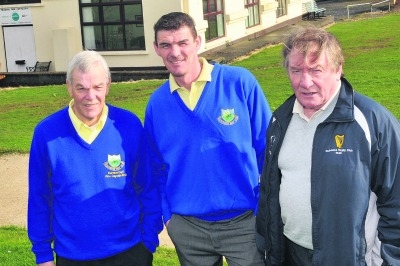 Hazel Grove club fails to swing out of rough

HAZEL Grove golf club sadly marked its 25th birthday by closing its doors last week, despite a massive voluntary effort by members to keep the Tallaght club out of the rough.

Since 1990, Hazel Grove has been located on Mount Seskin Road in Jobstown and over the years the vibrant and social club reached membership of around 350, a figure which gradually dropped to 40 in recent years.

Like many golf clubs, Hazel Grove was struggling for a number of years – with members looking after the maintenance and upkeep of the clubhouse and its scenic greens.

However, after the land was sold last year for around €1 million, the club needed an investor to come on board to help revitalise the club and secure its future.

Club Captain Darren Parsons told The Echo: “We’re all heartbroken that it’s come to this. It’s so disappointing after all of the work members put in over recent years to keep the club going.

“The new owner of the land was not in a position to invest and we couldn’t find another investor, so the doors were locked last week.

“We did manage to keep ourselves going as a club, but there was no security for members. If we were able to secure funding for the next five years we could have used that as a base to attract new members and give existing members a sense of stability.”

He added: “The club needed an injection of cash and none of the members had it.

“It’s hard to see the club gone after 25 years, especially considering all of the time and effort put into the continuation of the club by members – all on a voluntary basis.

“We hoped that someone would come in and take over, but unfortunately it never happened.

“Hazel Grove was one of the local clubs that was reasonable for people and it’s sad to think what will happen to it now, especially since there are a number of preservation orders on the land.”

Darren wished to thank neighbouring golf club Slade Valley which has invited Hazel Grove members to play out the rest of the year with them, with Darren expecting that a number of the Hazel Grove crew will next year join the Brittas-based club.