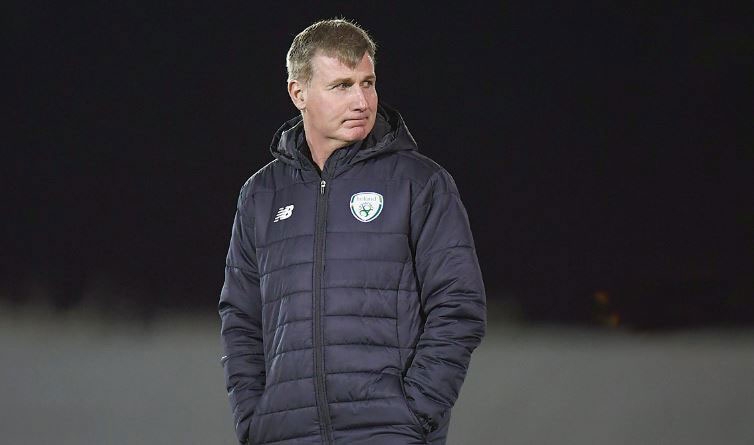 IT WAS heartbreak for Stephen Kenny and his Republic of Ireland team in Bratislava tonight as their European Championship qualification dreams went up in smoke after they lost out to 4-2 on penalties to Slovakia following a scoreless draw.

While nights like this are all about the result, the hugely positive performance by the visitors was something in which the Irish faithful can and should find some solace as Kenny's attacking philosophy clearly shone through in the attitude of his players.

The high press from defence was complimented by the hard work of David McGoldrick and the midfield that forced the Slovaks into loose passes.

And it was from such pressure that Ireland carved out a chance on the half hour mark.

Jeff Hendrick fed the ball out to James McClean on the left side of the area and his delivery was met by the head of McGoldrick, but his attempt looped over.

Seven minutes later McClean was presented with a chance when Conor Hourihane slipped the ball into his path, but his shot was blocked away by Martin Valjent.

At the other end Juraj Kucka had a go from distance, but put a little too much air under the attempt and just before halftime Ondreg Duda twice went extremely close to breaking the deadlock.

His first effort forced a superb save out of Darren Randolph who got down low to push the ball around the post and from the resulting corner the Slovakia midfielder produced a spectacular overhead kick that travelled the wrong side of the upright, but only just.

Six minutes into the second half and Ireland went close when a free in from the left by Hourihane found the head of Marek Hamšík who was just inches away from seeing it into his own net.

And Kenny’s men really should have taken the lead just midway through the second half when McGoldrick did well to work the ball to Enda Stevens.

The former Shamrock Rovers defender steered it out to substitute Alan Browne who, with time to set himself, saw his shot saved by Marek Rodák.

Again Ireland carved out another brilliant opportunity on 85 minutes, McGoldrick igniting it with another great run and ball in to Callum Robinson who found Browne. He slipped it to Hourihane but his strike was cleared away by Kucka.

Less than a minute into extra time McGoldrick’s effort from the edge of the box was tipped over before Haraslin was gifted a chance when a shot was deflected into his feet but he struck over.

The upright then came to the rescue of Slovakia towards the close of the first half of extra time when a neat one-two between Callum O’Dowda and Brady set up Browne but his effort under pressure came off the post.

Brady was not too far away with a free kick in the second half and that was to prove the closest they would go to winning it in that period.

And the penalty shootout was not to prove a route to the playoff final for Ireland as Browne saw his spot kick saved before Matt Doherty’s attempt cannoned off the crossbar.