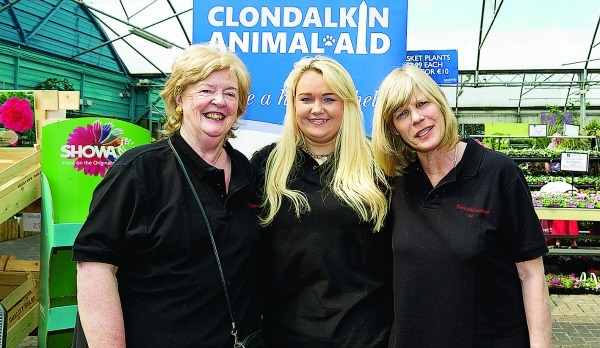 HELP: Clondalkin Animal Aid service in danger of closing down

A VOLUNTEER animal rescue and care service in Clondalkin is in severe danger of folding, due to the enormous financial and emotional strain facing its three members.

Clondalkin Animal Aid (CAA), was established in 1991 by Claire Sherry, and, along with Anne McDonnell and Rachel Johnston, they are one of a few small groups scattered across the country – saving animals because no-one else will.

The trio work tirelessly against the odds each week, investing their own time, money and homes, to house abused and neglected animals.

They constantly deal with horrendous cases of animal abuse, but without any support their goodwill simply can’t continue.

“The well of fostering homes has dried up and kennel fees are mounting,” said Anne, who took a recent call from Ballyfermot gardaí whilst she was away on holidays, informing her of a loose snake in a back garden.

Rachel said: “Despite numerous efforts at fundraising and appealing for funds, we are seriously struggling. There’s literally nothing left to pay vet bills. We can’t help if people don’t help us.

“We are mentally and physically drained trying to keep on top of things. Everyday, new people ask for help and there’s nothing worse than having to say no.

“We are volunteers with full-time jobs and families. Our hearts are there to help, but we need support.”

CAA urgently needs foster homes for older cats and dogs, donations of wet cat and kitten food, offers of transport, funds, or if anyone could help organise fundraisers.

Anne continued: “We’re the only ones who answer the phone out of hours. We have to fight for €5,000 in funding, which we get in January, and is gone by February. One animal can cost €2,000 in vet’s fees.

“It’s cat-breeding season – we’re taking calls everyday. Recently, I went to Supervalu in Lucan, after a Ballyfermot lorry driver reported seeing a kitten in the car park. I eventually found the poor creature.

“Maggots were eating her back alive. The vet could do nothing. Had we got the call earlier, we may have been able to help.”

A table quiz for CAA takes place at Jack Nealon’s Pub in Capel Street, Dublin, on Friday, October 21 at 8pm.

Tables of five are €50 via paypal to SoapPrettyIreland@gmail.com.

Donations can also be made on the CAA Facebook page.