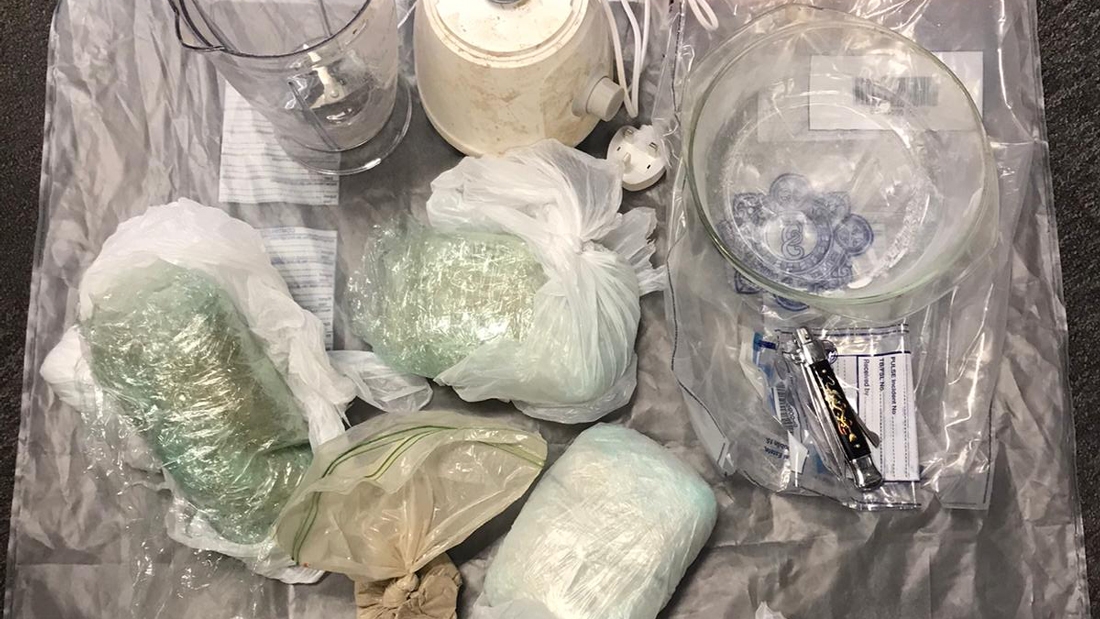 Heroin worth an estimated €300k seized

A SUBSTANTIAL quantity of a substance believed to be heroin was seized along with drug trafficking related paraphernalia during a search of a premises in Bluebell yesterday, according to gardai.

In the course of an ongoing intelligence led investigation targeting serious and organised crime in the Dublin Region, personnel attached to the Garda National Drugs & Organised Crime Bureau, having obtained a warrant, undertook a search of a premises located in the Bluebell area of Dublin 12.

The search, which took place on Wednesday, March 25, included a Special Crime Task Force supported by an Armed Support Unit and personnel within the Dublin Metropolitan Region.

According to a Garda statement issued today: “In the course of this search, a substantial quantity of a substance believed to be heroin (subject to confirmation through forensic analysis), with an estimated street value of €300,000, was seized along with drug trafficking related paraphernalia.

“Two males, aged 19 and 17 years, who were in the premises that was searched, were arrested and are currently detained pursuant to the provisions of Section 2 of the Criminal Justice (Drug Trafficking) Act 1996, at Clondalkin Garda Station.”

Assistance Commissioner John O’Driscoll, who heads up An Garda Siochana Special Crime Operations, recently said: “An Garda Síochána is alert to the fact that particular criminals and organised crime groups may continue to operate while we are tackling issues associated with the existence of the Coronavirus (COVID-19) or may attempt to take advantage of its existence.

“For this purpose, each of the bureaus within special crime operations is targeting particular criminals and OCGs who are known or suspected to engage in a wide range of criminal activity and will continue to do so until the virus no longer represents a problem within the communities we serve”.