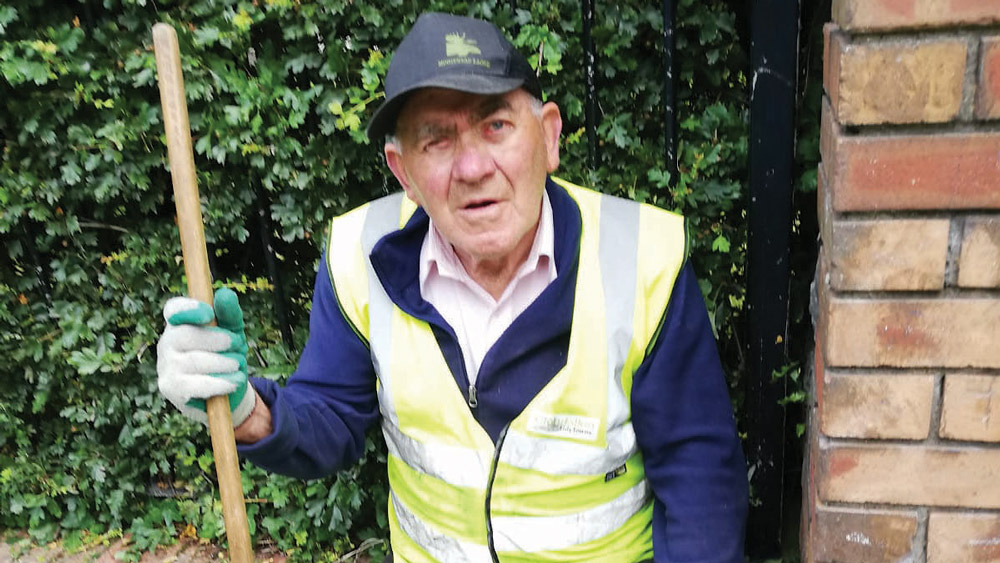 TIDY town members formed a guard of honour for one of their most “devoted” volunteers.

Tributes have poured in from far and wide for the “kindest gentleman” who “dedicated so much” to the community.

A social media post by Clondalkin Tidy Towns paid tribute to “our oldest and one of our most devoted volunteers, George Smith”.

George reposed at Massey Brothers Funeral Home on Friday, September 23, and the funeral Mass took place at 11.30am on Saturday in the Church of The Immaculate Conception.

As a mark of respect Clondalkin Tidy Towns postponed their scheduled work on the morning of George’s funeral, their post continued: “Clondalkin Tidy Towns committee has decided to cancel our normal Saturday morning work schedule and instead we plan to honour our departed friend by forming a guard of honour both before and after his funeral service. To this end, we intend on meeting at the church at 11.15 am on Saturday morning in our hi-vis vests.”

Hundreds of people responded to the Facebook post, praising an “absolute gentleman” and “one in a million”.

A message on RIP.ie said George, from St Killian’s Park, and late of Ballymount Road and Mount Carmel, Naas Road, was a “dedicated volunteer for nine years with Clondalkin Tidy Towns”.

“Beloved husband of the late Olive and loving father of the late David. George will be deeply missed and forever remembered by his devoted daughter Georgina, adored grandchildren, great-grandchildren, extended family and a wide circle of friends.