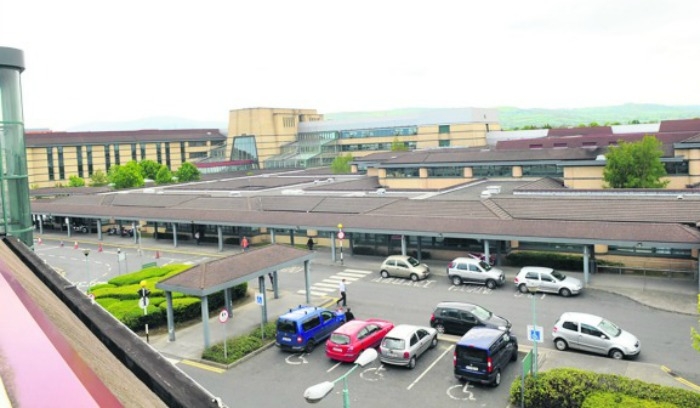 A LOCAL TD has this week spoke of the negative impact a 14-month wait to see a gastroenterologist at Tallaght Hospital is having on patients, with one young woman being forced to give up her studies and social life as she waits on a list comprising of 1,031 patients.

According to information released by the HSE, following a parliamentary question by Sinn Féin TD Sean Crowe, there are currently 1,031 people on Tallaght Hospital’s gastroenterology outpatient waiting list, with only 208 of those waiting allocated appointments.

The reply also confirmed that the longest waiting time has been 14 months.

According to Deputy Crowe: “The outrageously long delay of 14 months for someone waiting to see a consultant in gastroenterology in Tallaght Hospital is unacceptable and downright dangerous.

“Gastroenterologists treat a variety of health conditions such as irritable bowel syndrome, ulcers, Crohn’s disease, haemorrhoids, and much more.

“It is obviously not acceptable that people living with these conditions, and the symptoms they bring, are waiting over a year to see a consultant.”

He added: “I can only imagine the hardship and difficulties that these patients have to endure while waiting for a hospital appointment. Depending on the severity of the case, an individual’s life is literally on hold while waiting on this appointment.

“I personally know of one young woman whose life has been ruined by her illness.

“She has had to give up her studies and her social life. She can only travel when accompanied by someone because her confidence has disappeared. She is depressed, describes her life as withdrawn, and her down-time consists of looking out her bedroom window.”

The response also outlined measures being taken by the hospital to address the situation, such as the employment of a locum consultant to run additional clinics and endoscopy scoping lists.

The hospital is also validating all patients waiting over six months, preparing a business case to develop an Advanced Nurse Practitioner role within the hospital and has submitted a case to the Dublin Midlands Hospital Group and Consultant Appointments Committee

for an additional gastroenterology consultant.

Commenting on the measures being taken, Deputy Crowe said: “While I welcome these proposals I can’t understand why this waiting list of 1,031 patients was not being addressed before this situation became out of control and downright dangerous for those waiting for an appointment in Tallaght Hospital.”

According to the reply, Tallaght Hospital “continues” to work closely with the HSE to address “access issues and improve patient services”.