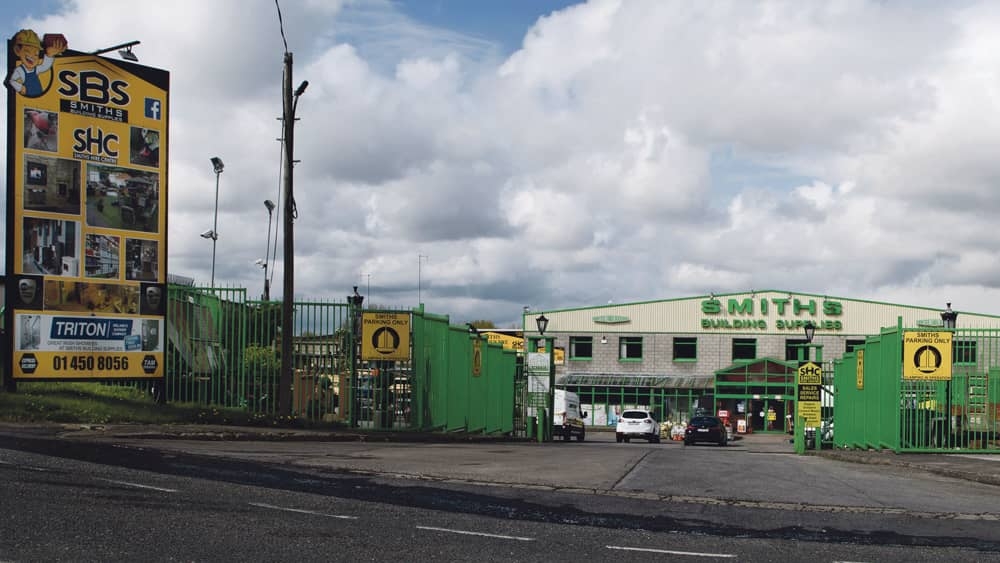 BUILDING materials costs have risen by approximately 15 per cent which means tradesmen have to consider this when pricing jobs.

Part of the increased costs are down to shortages in supplies – particularly timber costs which are up significantly due to forestry licensing delays.

“There is a huge scarcity of timber at the moment,” said John Smith, owner of Smiths Building Supplies.

“We had two forty foot loads and were waiting for two months, what with the Suez Canal blockage and Brexit delays.

“We were exporting timber before but now we are importing it. The increase costs for materials (in general) is about 10-15 per cent, some products more, some less.”

Smiths on the Greenhills Road, have seen all manner of industry up and down trends over the years, but the last 13 months have generated new challenges, not least for tradesmen affected by working restrictions.

“It has been tough on a lot of people, a lot of builders might not come back. We know one guy who went to Spain for six months, things were different there, but he is back now,” said Mr Smith.

“We are very lucky in that we have a good base of guys (customers) and we also got approval from the HSE as a certified supplier and were listed as a main provider.”

That contract with the HSE helped “keep the business going” and meant Smiths provided materials so construction sites could become Covid compliant and schools could be converted into vaccine centres.

Smiths also successfully tendered to be the main supplier on the major extension works for the Russian Embassy.

“It went out to tender, we put in for it successfully and got it because of our easy access and we deliver within 24 hours. There are times when you have to be competitive. Big companies tendered for it. At one stage we were sending out 40 trucks a day with concrete,” said Mr Smith.

Recovering from a kidney operation last year, John is on the mend but awaiting his second vaccine before venturing back to the busy Greenhills yard.

John and his brother Frank, are synonymous as former owners of the Submarine Bar in Crumlin, and good friends of the late Jack Charlton.

The brothers chartered planes and tickets for 465 Irish fans to USA 94, and the celebrations by Irish fans at the now closed Crumlin boozer are legendary.

While it is disappointing to see bars and restaurants destroyed over the last year, another trend to have caught John’s eye is the appetite for people to build their own mini-bar.

“A good number of people have built mini-bars. Builders are coming in to buy stuff or homeowners are buying stuff and hiring carpenters. We have a package for that. Most of them are been built at the end of the garden.

“The last big trend was decking. Nearly every road at one stage in Drimnagh and Crumlin got that put in. Eventually it ran it’s course, but now it is mini-bars. People want to keep up with the neighbours.”