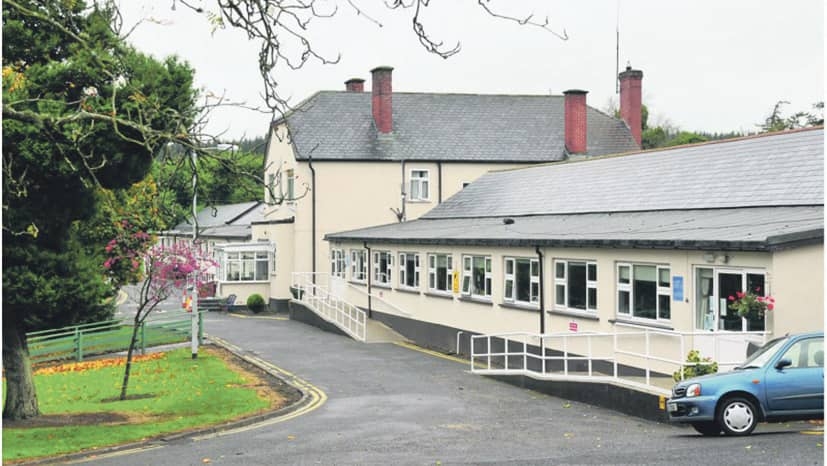 HSE plans to sell the former site of St Brigid’s Nursing Home in Crooksling, Brittas, have been described as “unseemly” by a local TD, following the deaths of 17 former residents, 12 of whom died a result of Covid-related illness.

Deputy Seán Crowe (Sinn Féin) is calling for a public inquiry into the deaths.

As reported in The Echo last month, 17 former residents of Crooksling died after they were moved from the facility, which didn’t have the capacity to provide single rooms for residents, to the new Tymon North Community Nursing Home in March.

The HSE stated that a risk assessment and a transport plan was completed for each resident ahead of the move, and that “all appropriate infection control measures were followed”.

Speaking after attending a recent meeting of the Save St Brigid’s Crooksling group, Sinn Féin TD Seán Crowe, said: “The Health Service Executive moved the elderly women patients who suffered from various phases of dementia from the Crooksling site to Tymon North during the Covid pandemic.

“Seventeen of them subsequently died and many local residents are calling for a public inquiry.”

Last year, the HSE confirmed to The Echo that they had plans to bring the Crooksling site to the market in the third quarter of 2020.

After the residents were moved from Crooksling, the site was closed and the HSE confirmed to The Echo last month that they were obtaining internal approvals in order to bring the Crooksling site to the market.

Deputy Crowe added: “The haste of the HSE closure and sell-off of Crooksling to the highest bidder is unseemly, particularly against the backdrop of the so-recent deaths of those elderly women.

“I believe that there is a strong case for a public inquiry into these deaths and many others who died in nursing homes during the pandemic.

“Thirty-four staff tested positive for Covid-19 and many of them are still recovering. They all have a story that needs to be told, as do the loved ones of these 17 women.

“Fifteen years ago, we were told St Brigid’s would not be sold off and various governments have come and gone since.

“The CHO7 area that covers Dublin South West, Wicklow, and Kildare has a huge ageing population.

“We need to be opening, not closing, facilities like St Brigid’s and certainly not selling off this property to a developer or wealthy land speculator.

“I am hoping to get some answers next week off the new Health Minister Stephen Donnelly, who is also a local Wicklow TD, particularly around this sell-off and the closure decision.

“It doesn’t make sense to me, but a lot of decisions made by the HSE don’t add up.”

The HSE previously stated that the Crooksling facility was being closed because it did not “meet the National Quality Standards for Residential Care Settings for Older People in Ireland”.