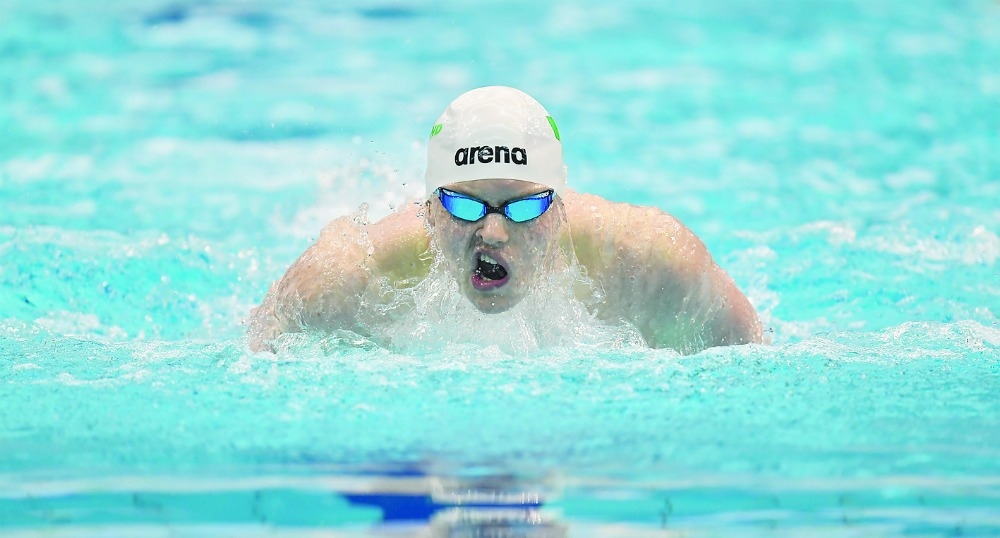 BRENDAN Hyland, who made his debut at the FINA World Swimming Championships, was in action in the 200m butterfly at the Duna Arena in Budapest on Tuesday.

The Tallaght swimmer finished 28th overall in the World on a time of 1:59.09 which is a great result.

Hyland was a bit disappointed to be off his best, but this is his first World Championships – the biggest stage he’s ever swam on, so it’s a good place to be.

He swam the 100 Fly on Friday, but failed to move forward into the next round, and he will take on the 400m Medley Relay on Sunday with Shane Ryan, Nicholas Quinn and Jordan Sloan.