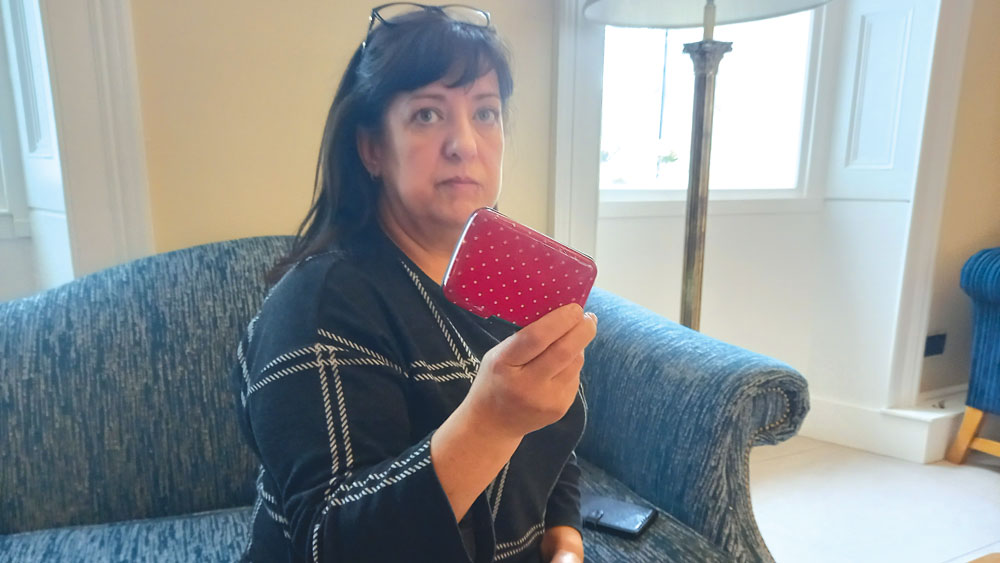 THE sister of a missing woman has had to contend with harassment after receiving hundreds of cryptic messages from a social media account.

Berna Fidan, travels over from England each year, in the search for answers, after her sister Esra Uryun, disappeared.

On February 23, 2011, Esra (38) left her Collinstown Grove home in Clondalkin at 7.20am to get milk for her husband Osgar and son Emin, but was never seen again.

The Grey Renault Twingo she shared with her husband, was discovered later that day on the promenade in Bray.

Esra’s purse containing her bank cards and €50- 60, was found in the boot of the car.

Over the years, Berna has received some baffling messages from members of the public, purporting to know what happened to Esra.

The latest such case involves a Facebook account, that has “hounded” Berna’s mobile phone with 255 messages during a three weeks period over Christmas.

“It started on December 19, I never replied, but blocked it after three weeks.

“Sometimes the message would just be full of the words ‘Dead. Buried. Dead. Buried’ and other times saying Esra was stalked, and the physics don’t lie.

“The person was messaging gardai aswell and still is.”

Berna schedules appointments with the media when she arrives in Dublin each year and says the “Irish press are very helpful”, recognizing her as a “recurring event on the calendar”.

On Monday, she met with RTÉ to prepare a segment for the next episode of Crimecall, which airs on Monday, February 28.

“This is a cold case. I don’t know if she has been murdered,” she said.

During her short trip to Dublin, Berna and her friend Ilknur, visit Clondalkin and Bray, to hand out leaflets, talk to residents, and put up new posters.

“It always amazes me that we meet someone who says ‘this is the first time I’m hearing about this’, and you think really?

“We do this in the hope that one person has a realization and comes forward.”

Esra’s purse was found in the boot of the car, which is a puzzling aspect of the case.

No body has ever been located.

“Why would you put your purse in the boot?,” asks Berna.

“It is very small, little bigger than a credit card.

“Her husband needed the car to go to work.

“There is a half hour discrepancy in the time she left the house, and when the car was picked up by a camera at Power City, which is just five minutes away.

“This is why I’ve always questioned, was she shoved in the boot?

“It took 10 days after she went missing for gardai to say the forensics were finished and they found her purse in the car. I assumed it was in the glove compartment.

“When I asked the gardai, I was told it was found in the boot.

“These are questions that should have been asked on day one.”