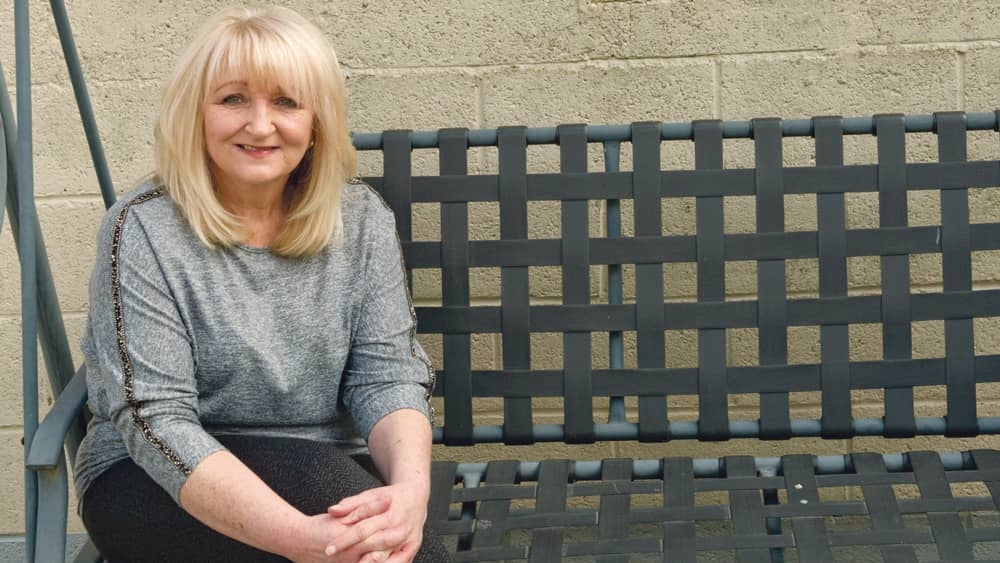 ‘I literally couldn’t feel the ground beneath my feet’

A WOMAN tells her story after being diagnosed with Guillain-Barré syndrome five years ago.

Guillain-Barré syndrome (GBS) is a rare neurological disorder when the body’s immune system mistakenly attacks part of its peripheral nervous system—the network of nerves located outside of the brain and spinal cord.

GBS can range from a very mild case with brief weakness to nearly paralysis, leaving the person unable to breathe independently. GBS is estimated to affect about one person in 100,000 each year.

Carol Usher-Stamps from Tallaght was diagnosed with GBS five years ago, after experiencing unusual symptoms such as tingling in her hands and feet, coldness and eventually no feeling in her arms and legs.

“I never imagined this could happen. Feeling very ill for a couple of months and several visits to the doctors later, I found myself in A&E”, Carol tells The Echo.

“I literally couldn’t feel the ground beneath my feet. I found it very difficult to walk and kept dropping things out of my hands. I was so exhausted I just wanted to sleep. With the pain all over my body, I even found sleep difficult.”

Carol says that her symptoms left doctors baffled, and after a full investigation and nerve conduction test, she was referred to Tallaght’s neurology department, where she was diagnosed with Guillain-Barré syndrome.

The exact cause of GBS is unknown. Researchers do not know why it affects some people and not others, and it is not contagious or inherited. It is thought that it can be caused by viral infections, stress and even Covid-19 can lead to it.

“The doctor asked me, ‘did you get a bite from an insect? any sinus infections? are you under a lot of stress?’. I had two out of three. Sinus infection and stress. I had lost three family members in a very short period of time and the grief was overwhelming.”

Carol explains that most of the following year was spent in Tallaght Hospital, with endless neurology, occupational therapy, physiotherapy and monthly blood infusions and immunoglobulin infusions.

“I had to learn to walk again and even learn to hold a knife and fork. Five years on and I am still attending monthly blood transfusion appointments. It can happen to anyone, at any age”, Carol explains.

“This can be very dangerous if not detected quickly. I was very lucky as it had not penetrated my muscles very far as it could have left me paralysed from the neck down and not even being able to swallow.

“The strange thing is, some people can get one infusion batch and recover from it, but it takes a long time to recover. Some people get a full recovery and others, not necessarily.”

Five years on from her diagnosis, Carol says that she is getting stronger everyday but still experiences a lot of symptoms such as exhaustion and pain in her hands and legs. She attends Tallaght Hospital and receives an immunoglobulin treatment once a month.

“A huge thank you to all in Tallaght Hospital. Especially the neurology team and staff. They pulled me through it and put me back on my feet.

“My family are amazing and have helped me in every way they can. On a more positive note, I am getting stronger and stronger and feeling a lot better.”