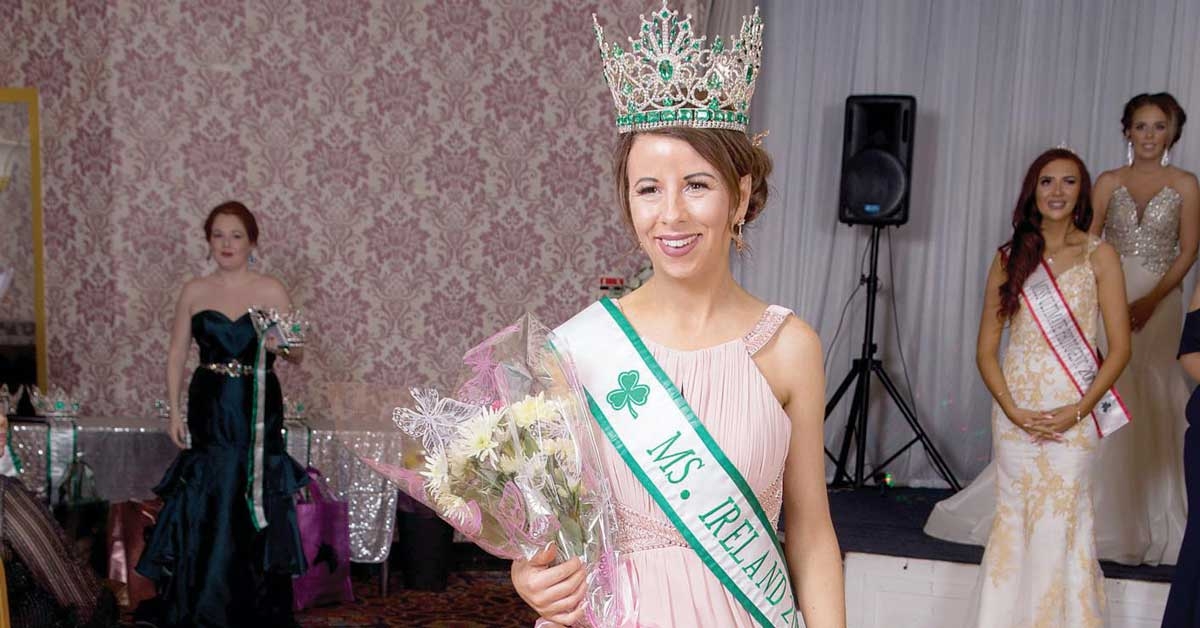 ‘I wanted to become a great ambassador for community’

AFTER representing her hometown on the national stage since 2015, and attending more than 70 community and charity events in 2018 alone, Samantha Nicholl handed over her Ms Ireland crown at her final pageant event.

When Samantha started out on her pageant journey she told The Echo she was undertaking a “personal challenge”, which she hoped would open doors for other young people with learning disabilities – encouraging them to always follow their dreams.

Samantha at her final pageant: Photo by Robbie Kelly

A former student of St Joseph’s Special School in Balrothery, Samantha has in recent years proved not only to be an ambassador for inclusivity but also for her hometown of Tallaght.

After winning various awards and sashes on the pageant circle, Samantha, who lives in Killinarden, was crowned Ms Tallaght in 2016 and Ms Ireland in 2017 – titles which she used to promote and support her community.

“The pageants were never all about me, it was about the community,” Samantha told The Echo.

“I shared my titles with the community, I wanted to be a great ambassador for Tallaght . . . and last year did 74 appearances at charity and community events.

“It was hard work, but I loved every moment.”

Samantha handed over her Ms Ireland crown during her last-ever competitive pageant.

“I was very sad handing over the crown,” Samantha said.

“I am retiring from pageants now so the night was emotional but I was happy at the same time.

“I learned so much over the last few years and met so many people.

“I always kind of kept to myself, I was always shy, but I pushed myself to follow my dream of being Ms Ireland and I’m very proud of myself that I did.

“I did this for myself and for my own confidence and for people with disabilities . . . always follow your dreams.

“For me being in a pageant is all about confidence and getting out there and meeting people, and I loved that I was able to get involved in the community.”

Samantha has become well-known across the area due to her generous giving of time to a wide variety of community events, activities and causes, which included environmental volunteering with the Litter Mugs, school visits and charity fundraising drives.

“There are so many people I would like to thank,” Samantha said.

“I can’t even describe how much the Tallaght community’s support meant to me, I have no words.

“I want to thank everyone in the community and the local businesses that supported me and sponsored me.”

Samantha told The Echo that she will still stay connected with some of the community groups and causes she linked in with over her time as Ms Ireland.

However, after a busy few years, she plans to take a little bit of time out and get back to her photography classes.