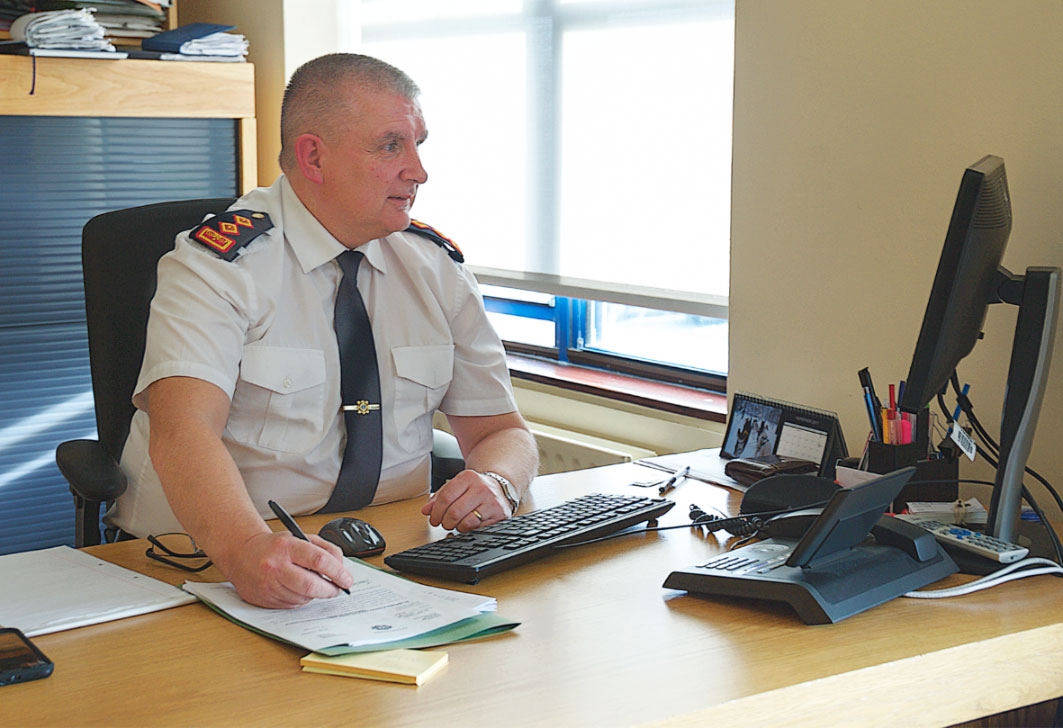 ‘I will miss the sense of community spirit’

As he leaves Tallaght Garda Station this week, Superintendent Peter Duff has thanked the community for its co-operation in solving a number of serious crimes – which would have been “impossible to solve” without the public’s assistance.

After five years at the helm of the Tallaght district – which includes Tallaght and Rathfarnham – Supt Duff is vacating the hot seat, after he was recently promoted to Chief Superintendent.

The promotion will see Supt Duff leave Tallaght Garda Station next week for a new post in Mullingar, Westmeath.

Supt Duff arrived in Tallaght in July 2012 from Ennis, where he held the superintendent post for a couple of years after serving as a sergeant in Store Street and Fitzgibbon Street and working as an Inspector in Clondalkin and Finglas.

“When I came to the area as Superintendent five years ago, I had never served in Tallaght”, Supt Duff told The Echo.

“I’m originally from the northside and had been serving in Clare before coming to Tallaght.

“I knew the area was busy and that it was a large area with a huge population but I quickly learned how diverse the Tallaght district, which includes Rathfarnham, is.

“There is a lot of geographical area to cover, from rural communities to very urbanised areas with major infrastructure, numerous commercial areas, motorways, schools, a college, a major shopping centre, the Luas, Tallaght Stadium, the list goes on.

“In terms of policing, the area has everything from serious crime to major events like concerts in Marlay Park.

“I’ve always said the only thing the district doesn’t have from a policing point of view is an airport.”

When asked what he has learned about Tallaght over his five years, he said: “I’ve realised that the way Tallaght is portrayed in the media is not fair.

“Tallaght has had its problems over the years and I think the way it is portrayed is historic.

“It’s very easy to label an area and make a determination, even though the majority of people living in Tallaght, across all ethnic and cultural groups, just go about their business everyday – and have positive engagement with gardai.

“When you break it down per capita, Tallaght and Rathfarnham in terms of crime levels are very similar but people don’t see that, they don’t want to see that.”

Supt Duff also stressed the “great sense of community spirit” in the area and how he will miss the many groups and organisations that he worked alongside.

“I’m really going to miss Tallaght– you develop an interest in the community you serve in that goes outside of policing,” he said.

“I’ve met so many great people and groups through a variety of forums, both informal and formal, and, from the start of my time here, the area’s great sense of community spirit has been evident.

“I’m also going to miss the people I work with directly here in the station, they’re a great bunch and are very self-motivated.”

He added: “Working in the area has been challenging but rewarding, and I really want to thank the people of Tallaght for their co-operation.

“We have solved some serious crimes here in the station that would have been impossible to solve without the co-operation of the wider community.”